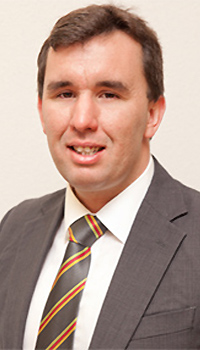 A proposal to put the renaming of a Nanango streetscape feature out to public consultation has slammed by a former South Burnett councillor.

Damien Tessmann, who served two terms on the council from 2008 to 2016, says he believes the idea is “an appalling decision”, a waste of money and an insult to the couple concerned.

“Council always goes out to public consultation if it decides to change the name of a road,” Mr Tessmann said.

“That’s because anyone who lives on a road that’s being considered for a name change is going to have to change their mailing address if it happens.

“This occurred once or twice when I was on the Council, and we contacted every resident along the road that was getting its name changed because it was the right thing to do and that’s what Council’s policy says we must do.

“The same applies to Roger Nunn Place or the Lady Bjelke-Petersen Community Hospital.

“And in Nanango, no one was consulted over the Ros Gregor Nature Walk, Ben Walters Bridge or Mangan Gully, either.”

Mr Tessmann pointed out that Council hadn’t conducted any public consultations before its 2018-19 Budget, which saw the Road Levy folded into the general rate and some rural ratepayers slugged with rises as high a 17 or 18 per cent.

“So I don’t understand why the Council suddenly wants to consult on something like this,” he said.

“It’s an appalling decision and a waste of public money.”

The naming of the feature was suggested to the Department Of Transport and Main Roads by former Mayor Wayne Kratzmann two years ago to recognise the lifetime of contributions the now retired couple have made to the Nanango community.

The feature is located on a section of Drayton Street that is owned by DTMR, which has  no objection to the proposal.

DTMR recently approached the Council to see what they thought as part of the department’s normal processes.

But at its September meeting, the Council voted to put the question out to public consultation rather than give its assent.

“I think this is an insult to a couple who’ve given a lifetime of service to the Nanango district,” Mr Tessmann said.

“Really, it’s impossible to consult the entire community for these sorts of things if you’re going to do a fair dinkum job of it.

“To do it properly and fairly, you’d need to get the opinions of every household, which would cost a small fortune.

“And at a time when the Council is bending a penny double to get savings it can put into roads, this would be a complete waste of money.

“I think they should just get on with it.”