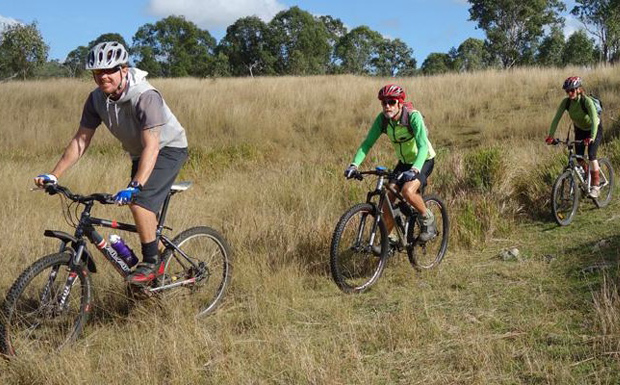 Bookings for the Brisbane Valley Rail Trail Users Association’s planned Yarraman to Linville pushbike run in February have proven so popular the group has organised another coach so more riders can take part.

Spokesman Paul Heymans said the 42km run had been booked out, but after a waiting list had started to fill, bookings were re-opened and another coach (and truck to carry the bicycles) had been hired.

The “Summertime Run” will be held on Saturday, February 11.

Riders will gather at 7:00am at the old Linville Railway Station opposite the Linville Hotel at 7:00am.

Coaches will take the riders to Yarraman.

“There’s usually a bit of a breeze on the section from Yarraman to Blackbutt, then we can make our own wind on the downhill section in mostly wooded country from Benarkin to Linville,” Paul said.

“Finish off with a great country-style smorgasbord lunch, including dessert, at Linville Hotel.”

Cost is $23 to cover coach and truck hire costs with optional lunch for $22.

“As always, you ride with us entirely at your own risk,” Paul said.

Bookings can be made online