CTP Set To Rise On July 1 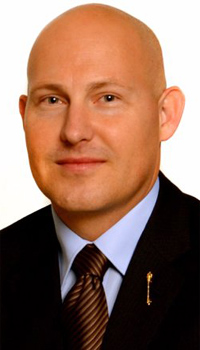 The cost of registering a motor vehicle is set to rise between $60 and $76 a year from July 1.

The price rise will occur because the cost of compulsory third party insurance (CTP) needs to increase to bring the state into line with a national insurance scheme that aims to cover motorists, passengers and pedestrians injured in motor vehicle crashes.

This means that if nobody is deemed to be at fault – for example, in a single-vehicle crash – or the victim is at fault, they are not eligible for a payout.

A parliamentary committee has reviewed the scheme and recommended Queensland implement a hybrid model, which combines the no-fault statutory scheme with the ability for people to sue under common law.

This model is supported by the Queensland Law Society, and would add about $76 to the cost of CTP insurance each year.

The NIIS’s no-fault statutory scheme would add about $60 to the insurance component of vehicle registrations.

The NIIS needs to be in place by July 1, so it’s believed legislation to make the change will be introduced into Parliament next week.

Treasurer Curtis Pitt said the NIIS would support those who are severely injured or disabled through vehicle-related accidents.

“Most people would be aware of the National Disability Insurance Scheme and the support it will offer people born with a disability, but some may not be aware of the NIIS and its initial priority to cover those injured in motor vehicle crashes,” he said.

“Because CTP is a fault-based scheme. it leaves some catastrophically injured motorists without cover for medical costs, rehabilitation and ongoing care if they are deemed to be at fault in a crash or if nobody is found to be at fault.

“But about half of those people are not covered by CTP insurance because they are found to be at fault or no one was at fault.

“Nobody would risk being half-protected so doing nothing the fill the gap in CTP cover is not an option.”

The government said the rise was pegged to the government indexation policy and paid for “vital” road infrastructure.

The RACQ rated Queensland as the most expensive place in Australia to own a car last year.