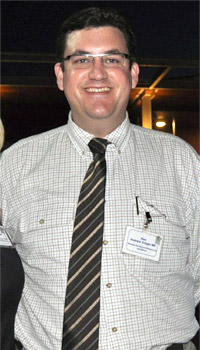 The State Government’s announcement on Wednesday to conduct an online survey about proposed new tick line regulations is not good enough, says the LNP.

Acting Shadow Agriculture Minister Andrew Cripps said while primary producers would be relieved to finally receive some information about the proposed new regulations, it was vital the Agriculture Department engaged in broader and more meaningful consultation than just an online survey.

“For a start, many older primary producers may not have ready access to the internet and the standard of service in some regional and rural areas may not be adequate for others to access detailed maps online to examine these proposals,” Mr Cripps said.

“Quite frankly, this is another appalling example of the Palaszczuk Labor Government’s complete lack of interest in issues that are important to agriculture.

“It’s a disgraceful attitude to just post an online survey on the Department’s website and leave it at that.

“The Member for Nanango, Deb Frecklington, has been vocal and active in requesting a public meeting with the Agriculture Minister and her Department representatives, so primary producers can speak face-to-face with the people who will be making these decisions.

“The Tick Line is a very important issue and it affects the day-to-day operations of thousands of primary producers right across Queensland – this online survey is the sort of dismissive attitude we came to expect from former Minister Bill Byrne.

“Unfortunately it seems the new Minister Leanne Donaldson is happy to follow in his footsteps, but surely she can’t just expect people to just fill out an online survey and be happy with that?”

Mr Cripps said there was no way for farmers to ask questions and no way to physically look at a detailed map to discuss the proposed options.

“Labor is once again just making a half-hearted attempt to work with primary producers and it’s not good enough,” he said.

“If you can access the online maps, they are difficult to read, particularly where they mark the line along a road. They will need to be much more precise than this.

“I’m calling on Minister Donaldson to take a leaf out of Deb Frecklington’s book and actually get out among farmers and graziers and talk to them about these issues.

“Interested parties only have until January 31, 2016, to respond to the survey, so I hope Minister Donaldson makes an effort to get out and speak to people about how it will impact on them.”