Traditional Fun In The Streets 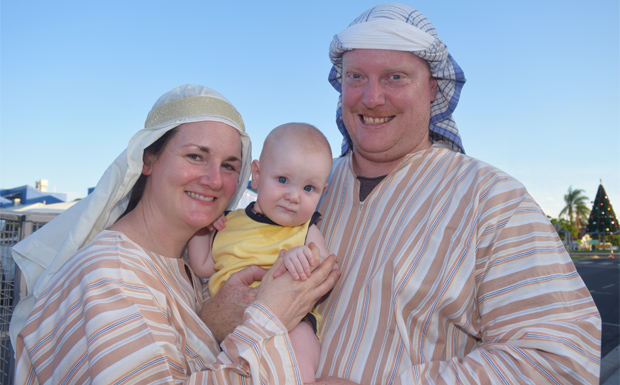 Mary, Jesus and Joseph at the Kingaroy Carols … aka Nuala and David Black with Fionn, 8 months

The Christmas action continued across the South Burnett at the weekend … and there’s even more on the way this week.

At Blackbutt, the town’s extended Christmas Festival concluded on Saturday morning with the annual arts and crafts fair in the Memorial Hall which featured everything from wooden toys to hand-carved jade pendants.

At Maidenwell, the QCWA’s popular Christmas Tree event on Saturday night featured a barbecue and carols by the students from Tanduringie State School.

Also on Saturday night, the Proston & District Lions Club Christmas Carnival brought the fun of the fair to Blake Street, Proston, which enabled festival goers to also catch up on some last-minute shopping.

The new-look street carnival proved a winner with stalls from a number of local groups including the Show Society, QCWA, SES and scouts.

Probably the largest event of the weekend was Sunday evening’s Community Christmas Carols in Kingaroy, which is organised by the Kingaroy & District Ministers Association.

Glendon Street was blocked off to allow the crowd to spill out of the packed Town Hall Forecourt.

Three Wise men followed a talkative “Bethlehem Star” through the crowd to visit the manger to drop off their gifts.

There were also carols at Kumbia and Murgon. 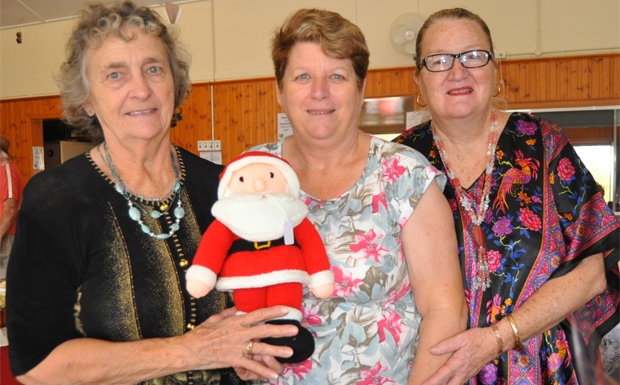 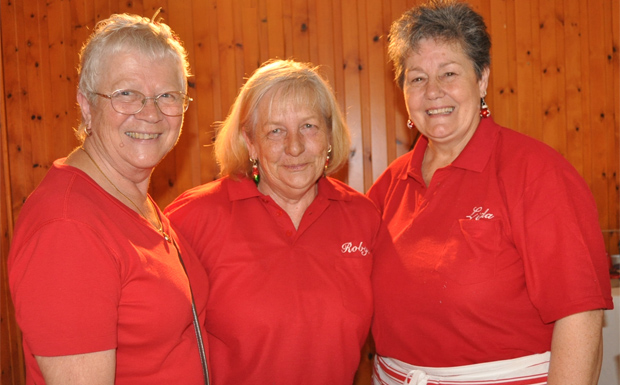 Sue Tully, Robyn Thompson and Linda Martin were selling crochet, sewing and machine embroidery … Robyn and Linda have their own business, “L&R Designs” 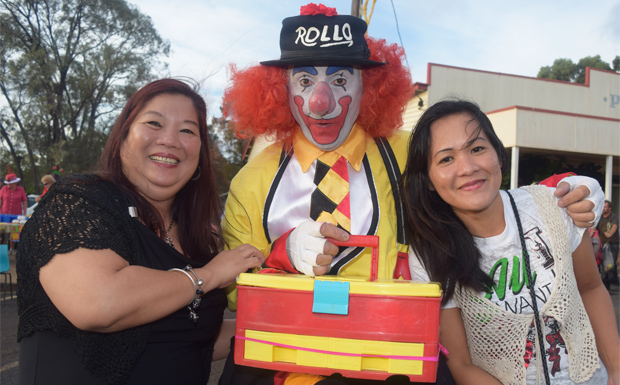 Students from the Proston State School choir led the carol-singing 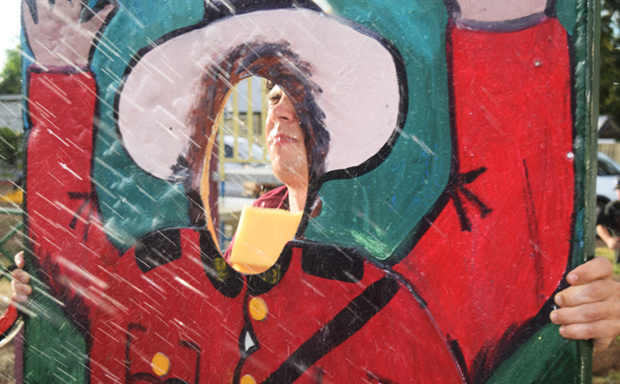 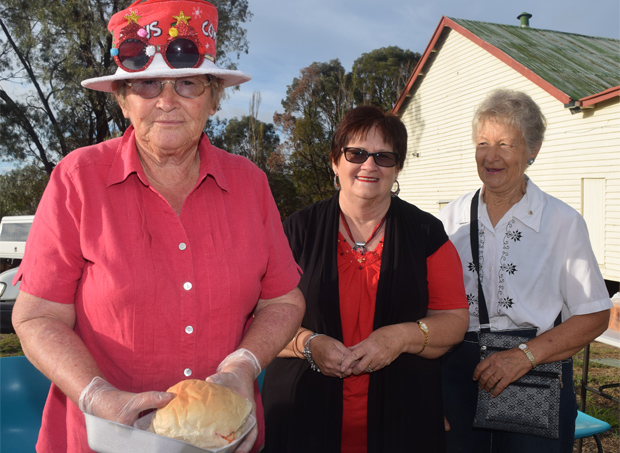 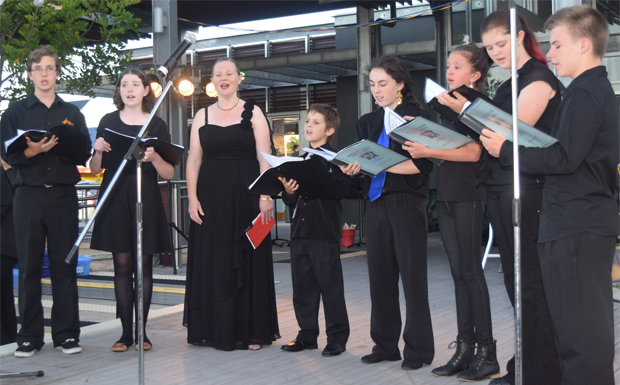 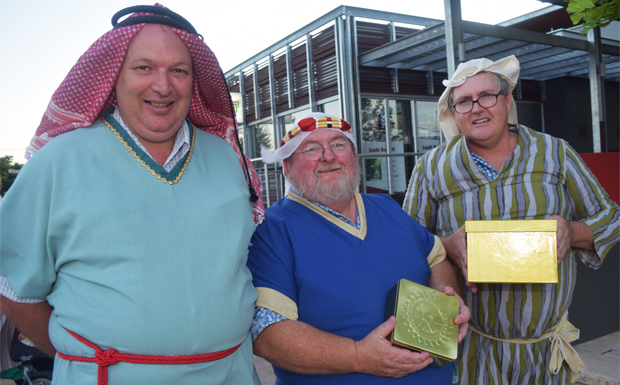