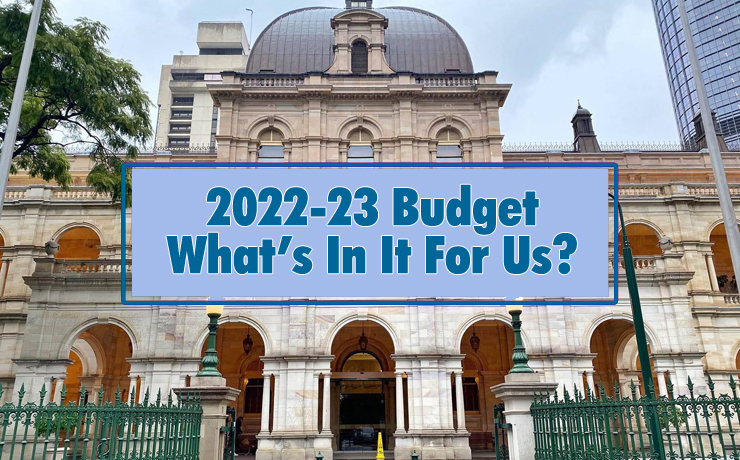 An $85.1 million downpayment for a 150MW battery storage project at Tarong Power Station is one of the few highlights for the South Burnett in the 2022-23 State Budget handed down on Tuesday.

The funding, allocated for 2022-23, is part of a projected $206.9 million cost for the “Southern Renewable Energy Zone” battery project.

Other Budget highlights include funding for regular upgrades, equipment replacement and refurbishment at Tarong Power Station ($55.7 million) and Meandu coal mine ($21 million).

A total of $18.6 million will be spent in 2022-23 out of $31 million to refurbish the Kilkivan electricity substation to improve network performance.

There was also support for a rapidly expanding local tourism business.

Dusty Hill Wines at Moffatdale will received $450,000 during the next 12 months to support a $4.5 million project expanding tourism accommodation facilities in the South Burnett to support the existing restaurant/bakery and cellar door.

This funding comes from the Growing Tourism Infrastructure Fund 2020 and is being delivered in partnership with the private sector.

A total of $526,400 has also been allocated in 2022-23 to protect environmental and Indigenous cultural heritage values in the Bunya Mountains. This funding will come from the $21 million statewide Indigenous Land and Sea Ranger Program.

A new Toowoomba Hospital has been included in a $9.78 billion Queensland Health statewide “Capacity Expansion Program” scheduled over the next six years.

When it is built, the new $1.3 billion Toowoomba Hospital will boast about 118 more beds.

Two sections of the D’Aguilar Highway between Yarraman and Kingaroy have been allocated more money to continue upgrades in 2022-23: Nanango to Kingaroy ($2.05 million to improve safety), Bushnells Road, Nanango, to Hornley Road, Coolabunia ($1.694 million to widen and strengthen the pavement).

Corndale Road at Memerambi will receive $768,000 for clearing, widening and sealing.

The Budget has also allocated $822,084 out of a $2.1 million total spend to construct and upgrade the final 3.8km gravel section of Esk-Crows Nest Road to provide a high-quality alternative regional road link.

The Blackbutt-Crows Nest Road and Nukku Road intersection has been allocated another $1.1 million to improve safety.

The State Government has committed $600 million to kickstart the rebuild of Paradise Dam to its original height.

The $1.2 billion project, which is jointly funded by the Federal Government, will create about 250 jobs during the construction phase.

Returning Paradise Dam to its original height and reinforcing the wall will boost its capacity to 300,000 megalitres.

Sunwater, which has has been repairing the dam, will lead this project. Early works, including local road upgrades, will start in 2023 in preparation for the major construction phase in 2024.

Local councils should welcome the fact that $88.2 million has been allocated to the popular Works for Queensland program. Cherbourg Council has also been allotted $508,000 for 2022-23 for maintenance and minor infrastructure works as part of W4Q funding.

A total of $46 million has been put towards the Resources Community Infrastructure Fund and $36.1 million for the Local Government Grants and Subsidies Program.