COVID cancelled the 2020 Reserve Forces Day commemoration in Wondai, but organiser Noel Selway was determined the 2021 event would definitely go ahead.

A snap lockdown in Brisbane did cause some issues – the guest speaker couldn’t make it – but it was the weather that looked likely to create the biggest headaches.

But after heavy downpours on Friday and Saturday, Sunday morning dawned bright and sunny and Noel could finally breathe a sigh of relief.

Reserve Forces Day honours the millions of Australians who have served as reserve personnel at home and abroad since before Federation.

The service of these millions – part of all three forces – are often Australia’s forgotten military heroes.

Despite being the militia who took on the Japanese so bravely at Milne Bay and Rabaul during World War II, they often missed out on the recognition they deserved during military commemorations back home.

Reserve Forces Day was established in NSW in 1998 to rectify this omission.

The idea was taken up enthusiastically in Wondai, home to a base of the 25th/49th Battalion, Royal Queensland Regiment.

Sadly, these days Wondai is one of the few places in Australia where the the tradition still continues, largely due to the determination of Noel and fellow members of the Wondai RSL Sub-Branch.

Noel, a former Blue Mountains councillor, was a sergeant in the 1st/19th Royal NSW Regiment.

These days he works hard to ensure that Australia’s military history is not forgotten, working on window displays in Wondai’s street and assembling timelines of key military events.

Especially remembered were the eight Wondai or Tingoora residents killed in action.

A parade then proceeded down Mackenzie Street and looped back into Coronation Park,  led by the Wondai and District Town Band and the 5th Light Horse Gympie re-enactment troop.

There were also serving troops from the 25th/49th Royal Queensland Regiment, the 135 Army Cadet Unit and members of various reserve battalion associations.

The next Wondai Reserves Force Day commemoration will be held on July 3, 2022. 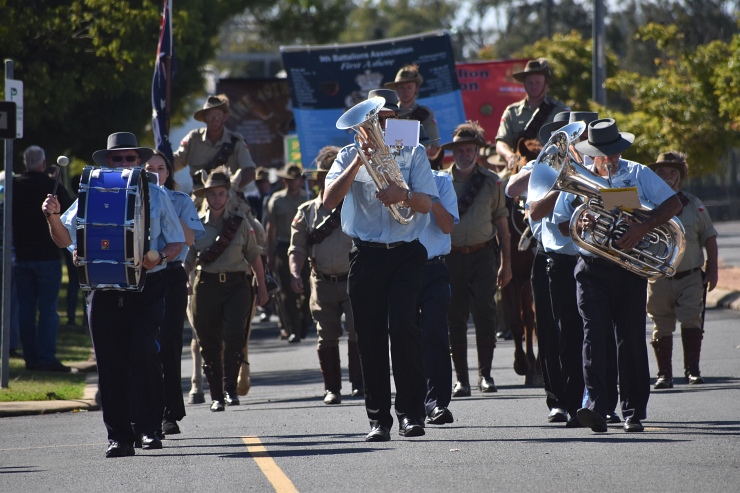 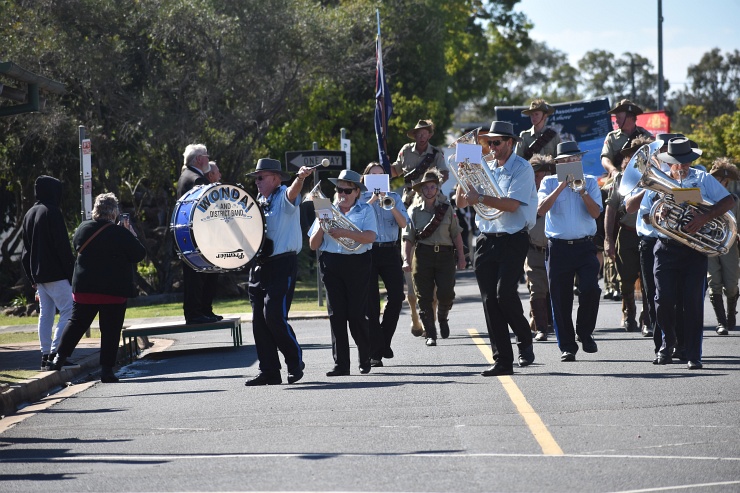 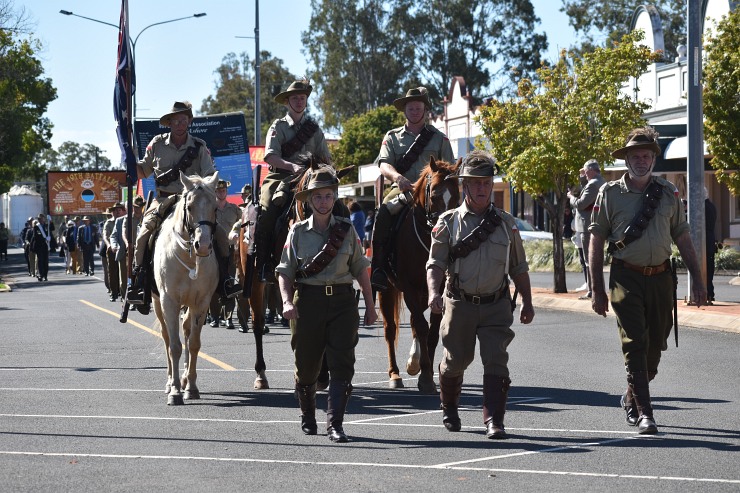 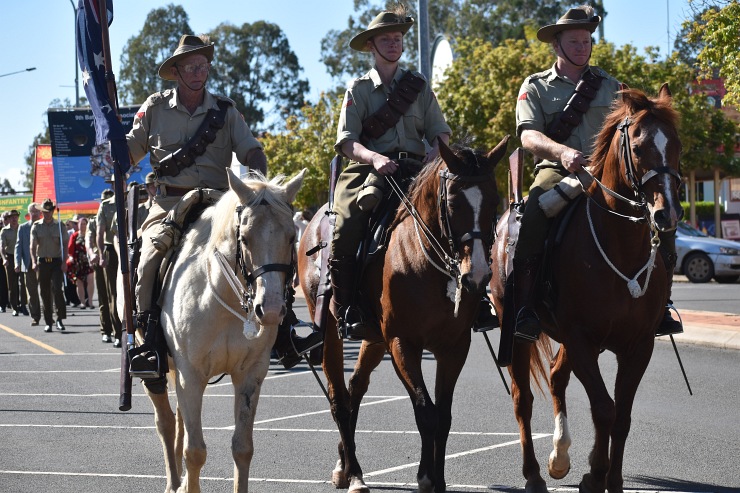 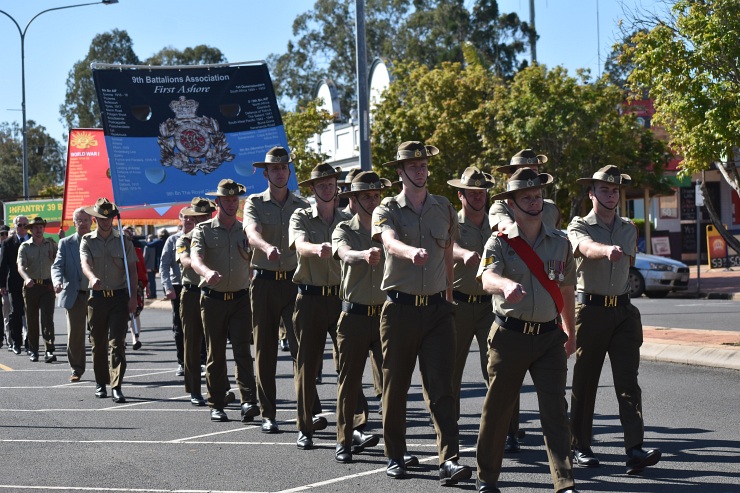 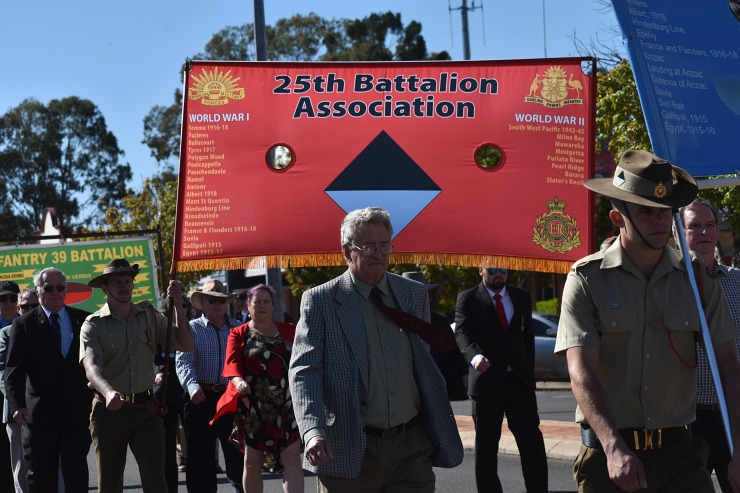 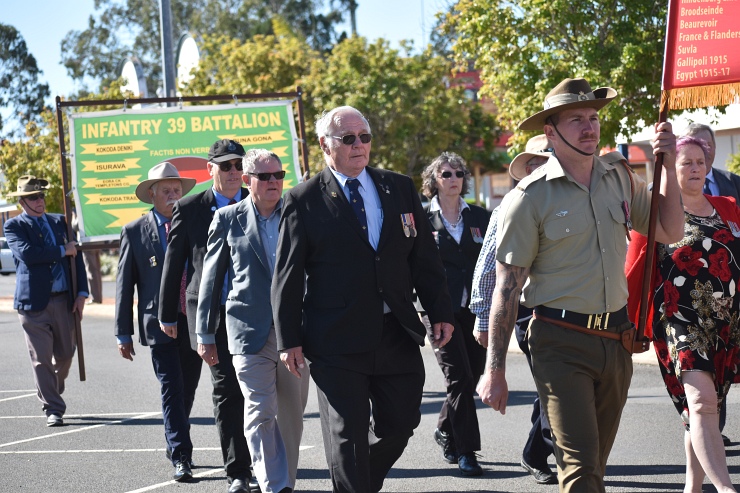 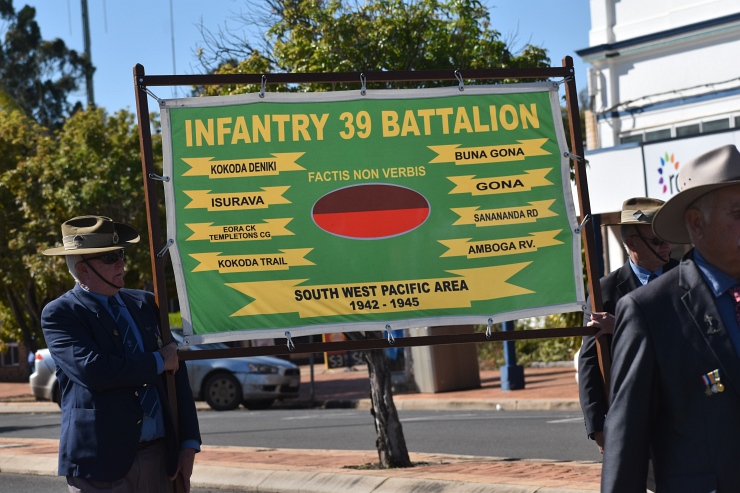 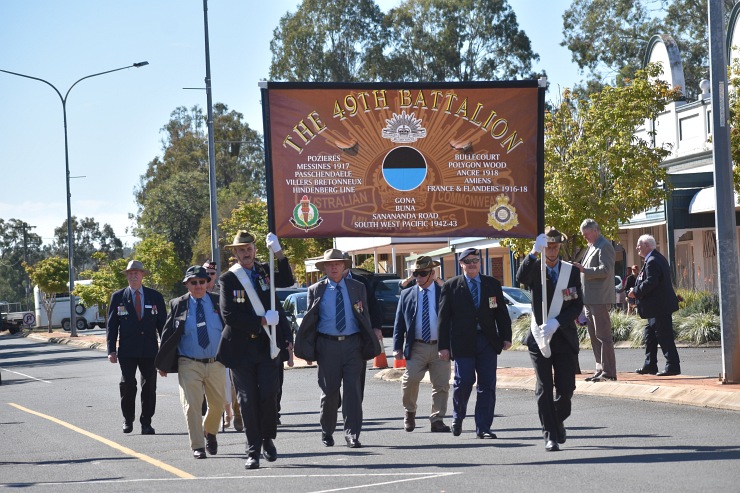