The months-long efforts of South Burnett residents to collect more than 1500 signatures in support of the re-instatement of a specialist cancer nurse in the region have come to nothing.

Health Minister Dr Steven Miles officially responded on Thursday to the two petitions delivered to State Parliament with the news that he can’t respond … because the State Government is now in “caretaker mode” ahead of the October 31 State election.

“I am unable to provide a substantive response at this time,” Dr Miles wrote.

His official three paragraph letter is below.

Member for Nanango Deb Frecklington said the response from the Health Minister was “unacceptable”.

“The South Burnett Specialist Cancer Nurse Petition was tabled in State Parliament on September 8 which gave the government the required four weeks to provide a response,” Mrs Frecklington said.

“However, as the response was due on October 8, which was one day after the election was called, the Minister has ignored the petition until the last day and then claimed caretaker mode as his excuse for not responding.

“This was a really important issue for the South Burnett, supported by 1500 locals and they deserve to be shown some respect and not simply ignored.

“On behalf of those who signed and supported this petition I won’t give up and will keep pushing for this service to return.” 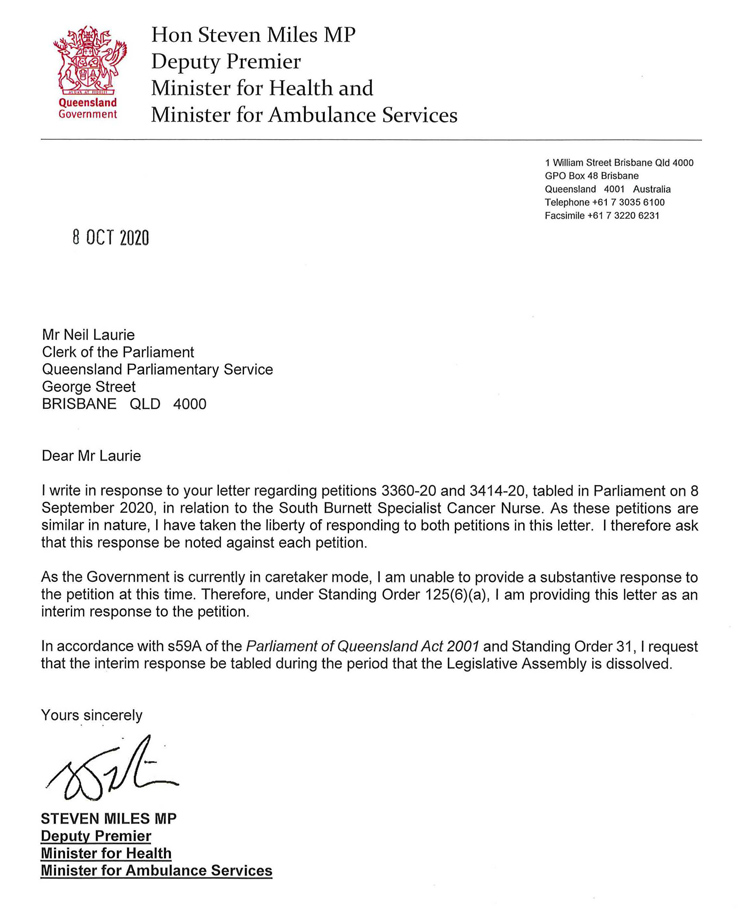