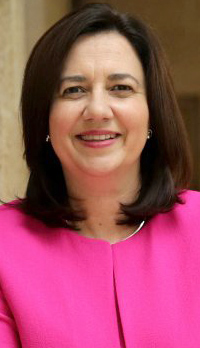 Premier Annastacia Palaszczuk announced on Monday that Years 11-12, Kindy, Prep and Year 1 students will return to regular classes next week.

The remainder of students are expected to return on May 25.

The Education Department met with the representatives from the Queensland Teachers Union last week to discuss the reopening plan.

A union spokesperson said the QTU would further consider the announcement after a meeting with the Chief Health Officer Dr Jeannette Young on Tuesday and a meeting of QTU Executive on Tuesday night.

Catholic schools will also begin the staged return to face-to-face teaching announced by the Premier.

She expected all Catholic schools would be able to meet the timetable outlined by the Premier.

“We’re very pleased to see our Seniors and our youngest learners returning first to face-to-face learning from next Monday,” Dr Perry said.

“Our Year 11 and 12 students are on tight timelines to meet the various assessment requirements of the senior years and they will benefit from being among the first back in the school environment. At the other end of schooling, our youngest learners in kindy, Prep and Year 1 learn in a variety of ways that are difficult to maintain in isolation and they are also missing out on learning to socialise with one another.”

Opposition Leader Deb Frecklington said the school announcement was a devastating blow to the Queensland economy.

“Queensland schools should be open now and to keep them shut until near the end of May is a major setback to Queensland parents, kids and teachers,” Mrs Frecklington said.

Three new confirmed cases of COVID-19 in Queensland were revealed on Monday, taking the State total since the pandemic began to 1038.

There are now 52 active cases in Queensland; 980 patients have recovered and six people have died.