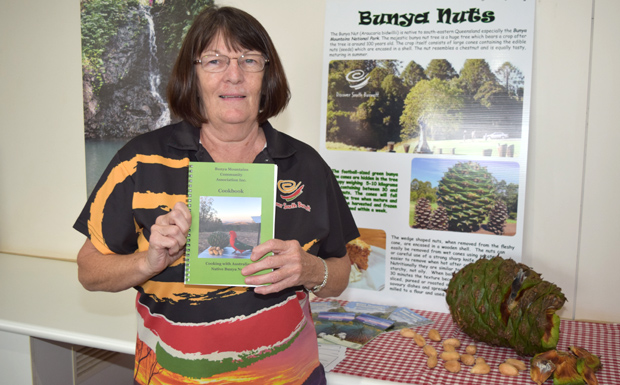 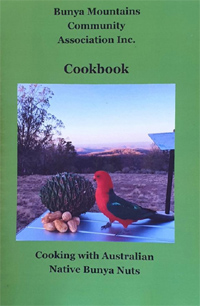 The new Bunya Nut cookbook is full of original recipes, all created and tested by Bunya Mountains residents

The publication is the first locally produced Bunya nut cookbook released in more than a decade, and has been published by the Bunya Mountains Community Association Inc (BMCAI).

BMCAI secretary Carol Weekes told southburnett.com.au an older cookbook had been published locally but it was now out of print.

All the recipes in the latest publication are brand new. They were contributed and tested by BMCAI members, then collated by project co-ordinator Kathy Taylor.

“We are very grateful for these contributions,” Carol said.

“It’s enabled our recipe book to be printed and ready for distribution while the Bunya cones are falling all around us.”

The recipes in the cookbook cover a range of culinary treats from baked goods to soups, guacamoles to pates, and everything in between.

“We hope sharing our members’ knowledge and experience with others will help many more people come to appreciate this Bunya Mountains’ product,” Carol said.

The BMCAI are selling the recipe books for $18.99 at the Bunya Mountains General Store; the Cedarvale Museum; the monthly Bunya Mountains Markets; and the Kingaroy Visitor Information Centre.

Note: It’s illegal to take bunya cones from national parks, but they can be collected with permission from private properties. The Bunya Mountains Natural History Association sells 500g bags of bunya nuts at the Cedarvale Museum for $5.