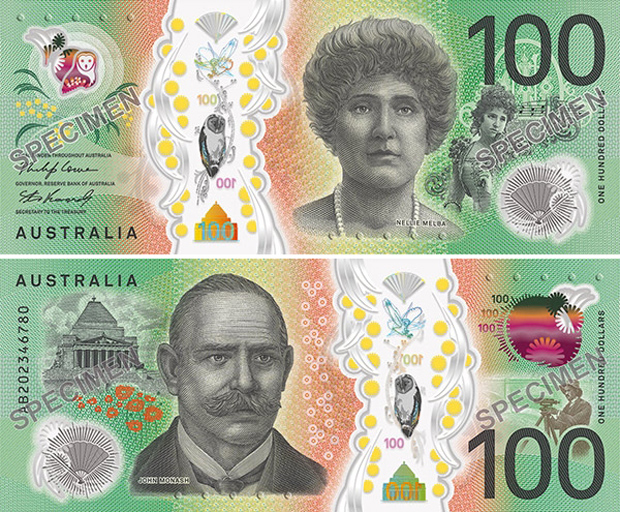 The new $100 note, like others in the series, features a clear plastic window with in-built security features (Photo: Reserve Bank)

The Reserve Bank released the design of Australia’s new $100 banknote on Monday, the final denomination to be redesigned as part of a program to increase security as well as assist people who are blind.

The new banknote will be released into circulation in the second half of 2020.

All the banknotes in the Next Generation Banknote Program have a tactile feature to help people distinguish between different denominations.

On the $100 note, there are five raised bumps on each of the long edges.

A Reserve Bank spokesperson said the organisation was working closely with banknote equipment manufacturers and retailers to help them prepare banknote accepting and dispensing machines to handle the new $100 banknote.

This has included the early distribution of banknotes to allow manufacturers and owners of these machines to update their equipment.

Existing $100 banknotes remain legal tender and can continue to be used.

The new note retains portraits of Sir John Monash and Dame Nellie Melba as well as the Australian Masked Owl and Golden Wattle.

The wattle frames the edges of a top-to-bottom clear window which includes a number of dynamic security elements.