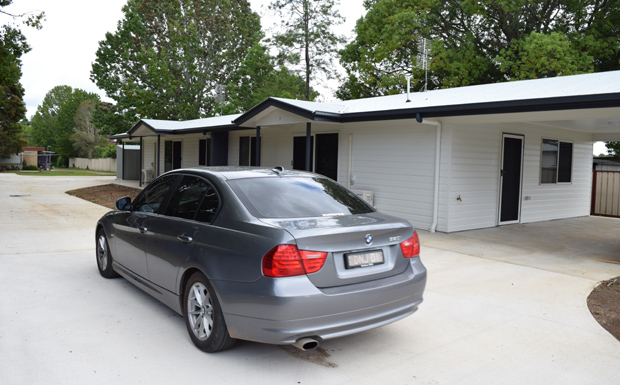 Blackbutt retirees looking to downsize have a new option available to them, thanks to the Blackbutt and Benarkin Aged Care Association (BBACA).

One of them is already tenanted, and the other is expected to have a new tenant soon.

The new units were built thanks to a $204,740 grant from the Federal Government, coupled with a matching contribution from BBACA.

BBACA sprang into existence in the early 2000s when locals realised there were very few accommodation options in the Timber Towns for retirees.

Scott Haven was built in 1978 as a joint project between the former Nanango Shire Council, Queensland Health and the former Department of Social Security.

But during the past 42 years – during which time Blackbutt’s population has almost tripled – no extra independent living options for Timbertowns residents has been built.

BBACA took over the day-to-day operation of the Scott Haven Complex from the South Burnett Regional Council in 2008, and entered into a 30-year lease with Council in 2012.

This led to a series of community fundraising drives.

Over the years, these campaigns allowed BBACA upgrade the Scott Haven Units at 49 Hart Street; buy a house block next door at 47 Hart Street which can one day be used for additional units; and buy a separate block of land in Greenhills Drive which has been set aside for a future aged care facility.

The group were awarded a $204,740 grant from the Building Better Regions Fund in July 2017 to build two two-bedroom units at Scott Haven on the proviso BBACA raise a matching or higher amount to meet the estimated $421,500 total cost of the project.

In the 18 months following that funding announcement – thanks to fundraising drives, donations and funds it had already set aside itself – the group put together almost $167,000.

But by January last year they were still $50,000 short of their goal, and this meant they were at risk of losing the grant if they didn’t finalise their funding by July.

BBACA put out another call to the Blackbutt community and were able to raise a large slice of the money they needed from the generosity of local residents.

But by June they were still short of their target until Bendigo Bank stepped in with an offer of a loan for the balance.

The two new units were unveiled recently, and the first tenant was ready to move in soon after that.

Jeff said the contract to build the duplex had been awarded to local builders Ian and Cathy Gilliland, and they had done a first-rate job.

“They came up with all sorts of improvements on our original plans and the quality of their work was just outstanding.”

The units are built at on vacant land at the rear of the existing Scott Haven complex, which stretches over a double block between Hart and John streets.

“Council had to extend the existing sewer and water lines and we had to get electricity into the property, too,” Jeff said.

“That would be a bit difficult at any time but because the block was on two titles it was extra difficult.

“However Council took care of all the details and really helped get the infrastructure parts of this project going, and we can’t thank them enough for their help.”

Emeric and Roz handled the myriad complexities that come with any big building project, along with reporting back to the Federal Government on the building’s progress.

“Blackbutt is very lucky to have two people like this on BBACA’s committee, because I doubt this could have been achieved without them,” Jeff said.

At the moment the grounds around the new units are bare.

Jeff said BBACA plans to landscape them and have hired Nellie Bannah to do the work.

They also plan to install a communal herb garden to help separate the single units from the duplexes without destroying the block’s sense of community.

But after the recent drought, then rains and high humidity, late summer did not seem an ideal time to lay turf and put in shrubbery.

“We’ll do this when the weather is better, but we’re certain it will look great once it’s done,” Jeff said.

Jeff said once the Bendigo Bank loan was acquitted, BBACA plans to build a matching pair of units on the remainder of the block at the John Street end.

“We already have the pad area ready and the underground infrastructure in place, so the second duplex will be a bit cheaper than the first one … or maybe the same if it takes us as many years to get the funding together,” he said.

The new units will be officially opened by Senator James McGrath and Member for Nanango Deb Frecklington at 9:00am on Monday, April 6.

Members of the public are very welcome to attend the event. 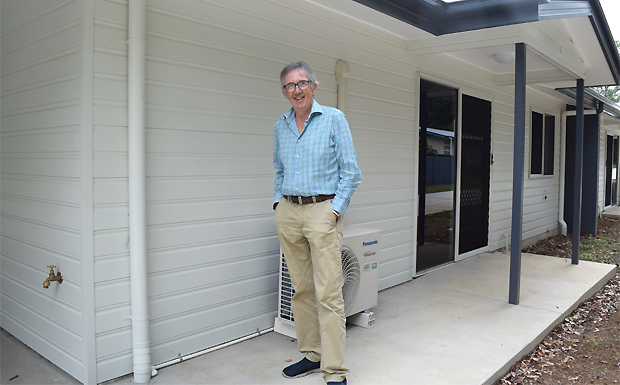 BBACA chairperson Jeff Connor said the group is delighted with the outcome of the project, which has required several years work and community support to come to fruition 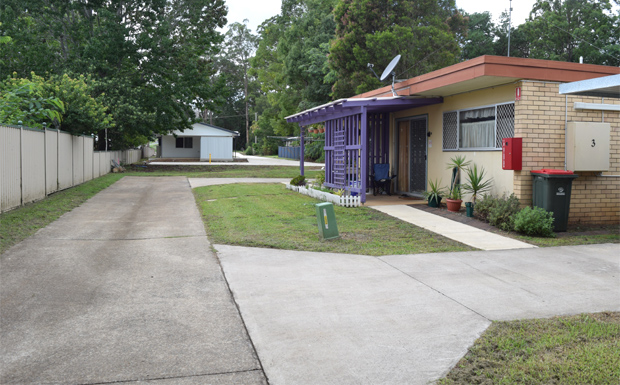