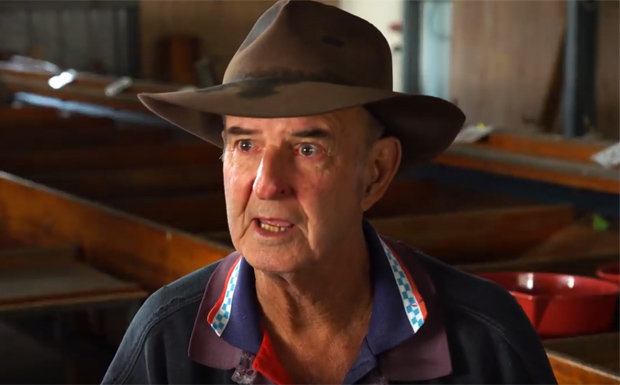 The LGAQ has released four confronting videos showing the effects of drought on farmers in the South and North Burnett, Southern Downs and Darling Downs

The Local Government Association of Queensland (LGAQ) has called on the State and Federal Governments to take more action on water security.

It has released four videos featuring farmers from the South and North Burnett, Southern Downs and Darling Downs to emphasise the need for more irrigation in the State.

LGAQ CEO Greg Hallam has also written to the Prime Minister and Queensland Premier urging them to drive a unified approach to water security.

“Queensland towns like Stanthorpe, Clifton, Bell, Canungra and Dayboro are now relying on water carting to provide what we in the city take for granted.”

Mr Hallam said the Federal Government’s move to provide drought funding for non-farm businesses and extra funding for councils in drought-affected regions was a win for Queensland communities.

Similarly, the State Government’s funding for upgraded water infrastructure in towns such as Stanthorpe was welcome.

“What is missing, however, is a strategy for rural towns’ water supply, agreed to and supported by all three tiers of government,” Mr Hallam said.

“This should be the highest priority for the Council of Australian Governments, and needs to occur in a spirit of collaboration, innovation and without blame – but it needs to occur urgently.”

The LGAQ is urging all leaders to consider their drought and water security strategies.

“It’s time politicians put aside their differences and stood shoulder to shoulder with Queensland councils who are at the frontline of this creeping disaster,” he said.

“The greatest gift we can give the hundreds of thousands of Queenslanders this Christmas is that someone is listening and delivering real solutions to water security, a basic human need.”

The LGAQ’s four-part video series documents the devastating effects of the drought on the people living with it every day on the land and in struggling towns.

Apart from measures to introduce more irrigation in Queensland’s agricultural areas, the LGAQ is calling for greater investment in water and sewerage reticulation in rural towns.

“Ageing water and sewerage infrastructure in Queensland is a looming and urgent issue,” Mr Hallam said.

“A water pipe busts every 80 minutes in rural towns due to the age of the reticulation network.

“The Federal Government holds the key to the coffers: 80 percent of our nation’s taxes.”