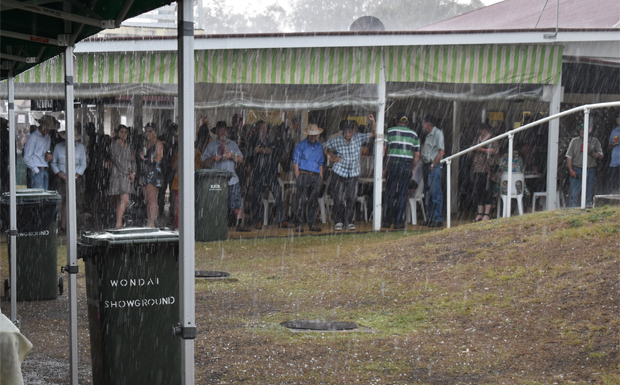 A wild storm that swept across parts of the South Burnett on Saturday afternoon caused a string of cancellations.

At Wondai, the South Burnett Race Club’s big Caulfield Club race day was abandoned after the running of Race 1.

Racegoers sheltered under marquees and the covered bar area as heavy rain whipped across the course.

In Kingaroy, the opening race night of the 2019-20 speedway season was called off.

“With more weather set to move in the Committee has made the decision for the well-being of competitors and spectators to cancel tonight’s meeting,” a club notice on Facebook at 2:00pm declared.

The Cherbourg v Southern District Devils game, due to be played in Murgon was washed out.

The Kingaroy Aero Modellers’ fly-in at Booie paused while rain crossed the airfield but then resumed. 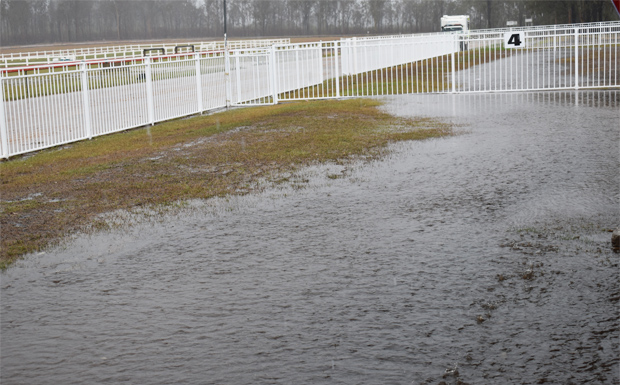 Why The Races Were Abandoned …