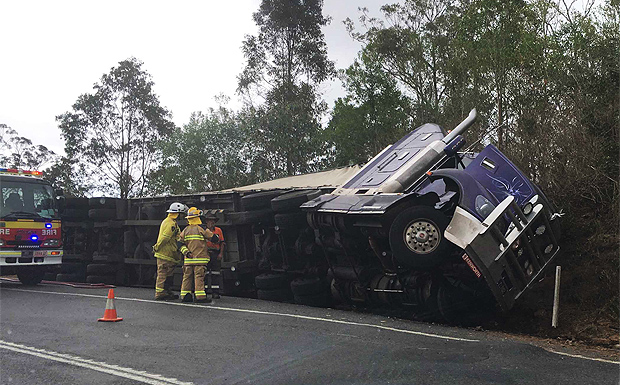 Traffic was slowed on the D’Aguilar Highway when a B-Double carrying pumpkins tipped on its side near the top of the Blackbutt Range on Saturday morning.

Emergency services were called to the incident at 7:39am.

The vehicle was heading down the range when it tipped at the first major corner.

A police spokesperson said the two occupants managed to free themselves and were not seriously injured.

The rollover forced the closure of the eastbound lane of the highway.

At 11:30am, emergency crews were still at the scene, awaiting specialist equipment to right and remove the truck and trailer. 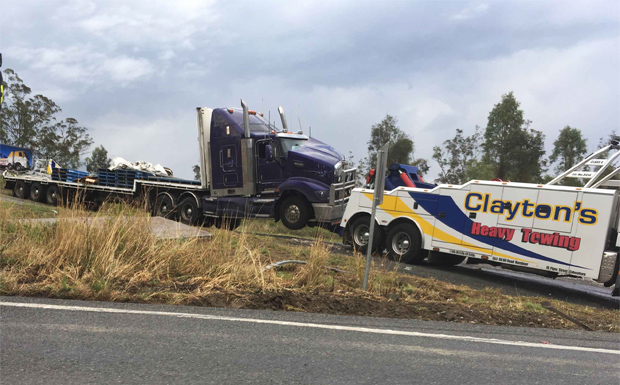 The truck was righted and removed on Saturday afternoon (Photo: Ross Stanley)

A medevac helicopter has airlifted a patient to Toowoomba Hospital in a stable condition after a cycling accident on Saturday morning on the Brisbane Valley Highway near Harlin.

Paramedics were called about 10:45am.

No further information is available.