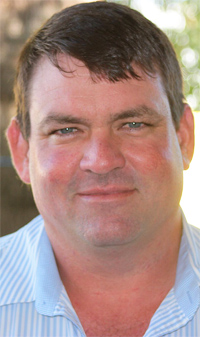 AgForce has welcomed the Red Meat Advisory Council’s vision for a $57 billion industry outlined in the “Red Meat 2030” strategy, provided there is more producer involvement and benefit.

Cattle President Will Wilson led AgForce’s role in the development of Red Meat 2030.

“It is pleasing that all elements of the supply chain – from producers right through to processors and exporters – are continuing to work together for the betterment of the sector, rather than in competition,” Mr Wilson said.

“There are many positives in the strategy, including a user-led approach that will improve extension and adoption of best practice, better biosecurity and food safety, improved market access, and welcome acknowledgment that safeguarding the environment is not only the right thing to do but makes good business sense.”

“Genuine two-way communication with customers will ensure a better understanding of their preferences, enabling us to provide a superior consumer experience, and an appreciation of their perceptions of red meat,” Mr Rae said.

“This is important to building the community’s understanding of our products and industry – particularly in relation to diet and health, animal welfare and the environment – and strengthen our ‘social licence’.”

However, Mr Wilson said the downside of the whole-of-supply chain approach was that producers, despite being fundamental to the industry and paying the majority of levies, had not been adequately recognised in the strategy.

“While Red Meat 2030 targets a doubling the value of red meat sales, there is no mention of improving on-farm profitability or economic resilience,” he said.

“Producers need to be recognised for the vital role we play in the supply chain; without our product there is nothing to consume and no one can add value.

“We believe that the inadequate acknowledgement of producers’ critical contribution in Red Meat 2030 was a result of the unsatisfactory engagement process undertaken by RMAC.

“It was largely due to the persistence of AgForce, representing Australia’s largest grass-fed cattle industry, that Queensland producers were able to influence the strategy as much as they did.

“We clearly need to do more to ensure our concerns are addressed during implementation of the strategy and in any future iterations.”

Red Meat 2030 will be one of the key topics discussed at the AgForce Cattle Board’s open industry event, “What’s Your Beef”, which is being held near Kumbia, on November 1.

All beef producers, whether AgForce members or not, have been invited to attend the event at ‘Cardowan’ at 1563 Ironpot Road.

The Cattle Forum will run from 10:30am to 5:00pm and will be followed by drinks and a barbecue.