Four people have been charged after an incident in Glendon Street, Kingaroy, on Tuesday night which left a police officer with a split lip.

A 21-year-old man and an 18-year-old man have been charged with assault occasioning bodily harm and obstructing police.

They were due to appear in Kingaroy Magistrates Court on Wednesday afternoon.

Officer-in-charge of Kingaroy police, Senior Sergeant Dave Tierney, said police were called to the fountain area in the Glendon Street forecourt just before midnight after complaints of a disturbance.

“Police attempted to arrest one of the juveniles,” Snr Sgt Tierney said.

Police will allege that while this was happening, the 21-year-old man came from behind and struck Senior-Constable Dan Walters on the back of the head.

“He then jumped on to his back and punched him three times,” Snr Sgt Tierney said. 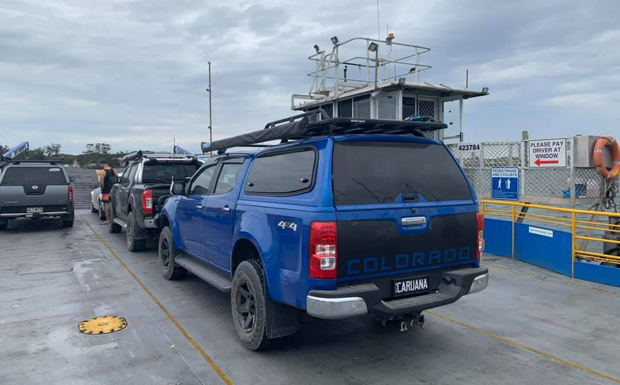 The vehicle, which has personalised registration plates “Caruana”, has been linked by police to a break-in in the early hours of Monday morning at the Nanango Bowls Club.

It is also possibly linked to other property offences in the Nanango, Kingaroy and Murgon areas.

UPDATE: The stolen Holden Colorado has been located in Goomeri.

A Hyundai Santa Fe stolen from Coronation Drive in Murgon on Monday has been located near Cherbourg.

The thieves dumped the vehicle and fled on foot.

UPDATE October 17:  A 15-year-old Murgon boy and a 14-year-old Cherbourg boy have been charged in relation to this incident.