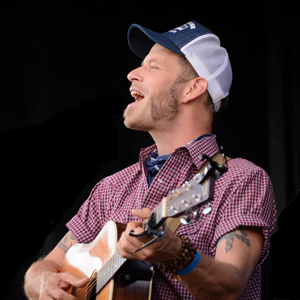 Canadian singer-songwriter Scott Cook will be bringing his much-travelled mix of roots and folk ballads to Nanango on Saturday night (October 12) at The Shed.

Cook, who has played to crowds in the United States, Europe and Asia as well as his home country, is touring Australia to promote his sixth studio album, “Further Down The Line”.

It’s not his first tour Down Under. In fact. he’s been here seven times before, wowing audiences at Woodford, Mullumbimby and many other folk festivals.

This time he’s bringing a string band along with him, “The She’ll Be Rights”, which features fellow Canadian Bramwell Park on banjo and mandolin, and Australia’s Liz Frencham on upright bass.

Frencham will also be singing short sets of her own songs on Saturday night.

The concert will get under way at 7:00pm.

Tickets are $25 and can be bought at Nanango Real Estate in Drayton Street.