One Hurt In Crash 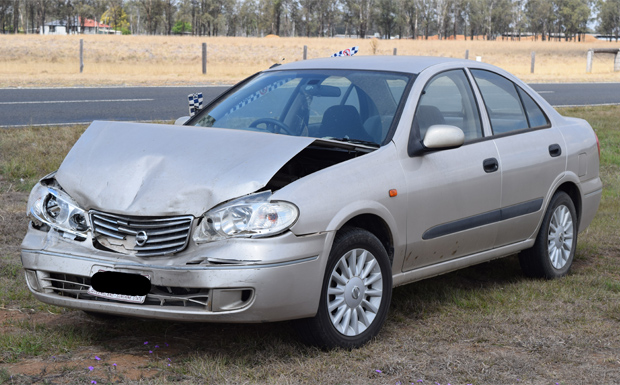 One of the vehicles involved in Friday’s crash on the Bunya Highway, near Aerodrome Road

One person was taken to Kingaroy Hospital with suspected head injuries after a crash on the Bunya Highway in Kingaroy on Friday morning.

Emergency services were called about 10:45am to the nose-to-tail collision.

Ambulance paramedics treated one person at the scene, who was then transported to hospital in a stable condition.

The crash occurred just past the intersection with Aerodrome Road.