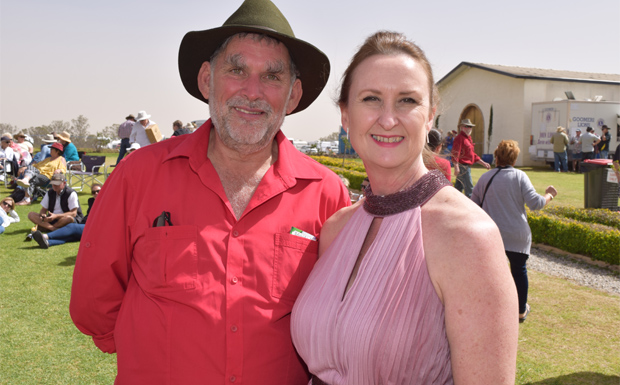 Windy weather and a dust haze that blanketed the South Burnett were not enough to stop Moffatdale Ridge Winery’s annual Italian Festival delighting hundreds of festival-goers.

Revellers travelled from all over south-east Queensland to enjoy an all-day program of music that covered everything from opera to jazz, and classic Italian pop to blues.

They could also try their luck at the exotic Salami Wheel; dance on special dance floor set up next to the cellar door’s cafe; or watch the hotly contested spaghetti-eating competition out on the lawn.

In between, guests could browse a range of food stalls selling everything from chips to cheeses, pastas and pizzas, or slake their thirst with water, soft drinks, Italian Peroni lagers or Moffatdale Ridge’s Tuscan-inspired wines.

Many guests came with friends or family, and were happy to simply set up their chairs and picnic ensembles on the lawns and settle back for a relaxed day of conversation and laughter.

This year, the Festival expanded its range of offerings with a free Friday night outdoor movie screening of “The Godfather”.

Wild winds that descended on the region on Friday possibly dissuaded some people from attending but by Saturday, the winds had dropped a lot although dust hung in the air.

Moffatdale Ridge owner Jason Kinsella said he was delighted so many people had ignored the weather.

“It was a little breezy on the grounds a few times during the day, but it was pleasant and I think everyone enjoyed themselves,” he said.

While attendance numbers were marginally down on last year, he believed could be attributed more to the drought than the dust.

“We’re primary producers ourselves so I really feel for everyone who’s doing it tough at the moment.”

Jason said this was a key reason why the Festival focussed on getting local food producers to handle the day’s catering.

“When times are tough farmers need as much assistance as they can get, and we wanted the Italian Festival to benefit locals wherever possible.

“I think we helped, and we look forward to doing it next year, too, by which time I hope this drought will have finally come to an end.” 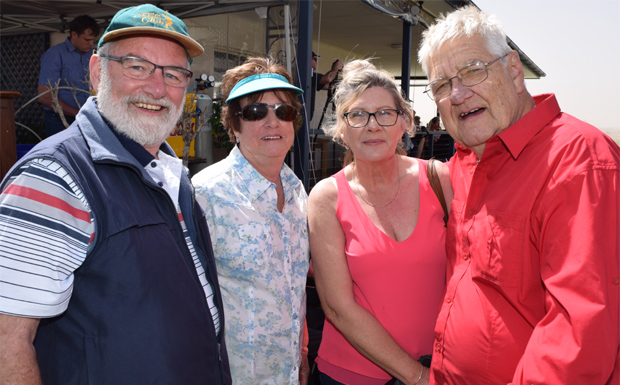 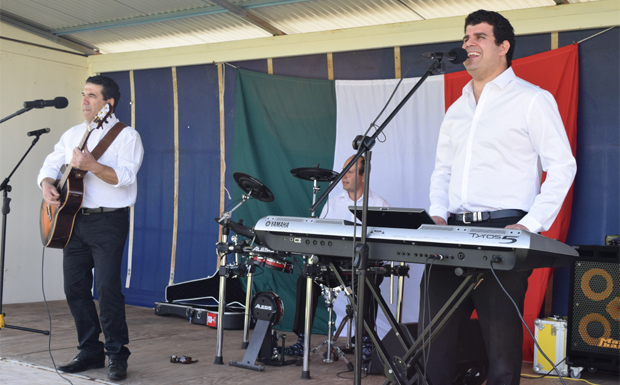 Fortunato Isgro is a popular entertainer at the winery’s monthly Tuscan Feasts, and brought his band along to perform at the Italian Festival 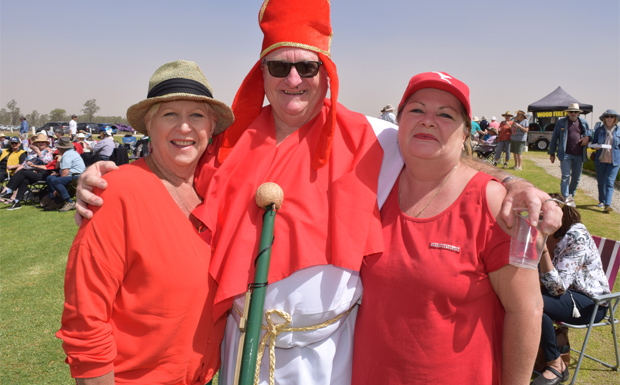 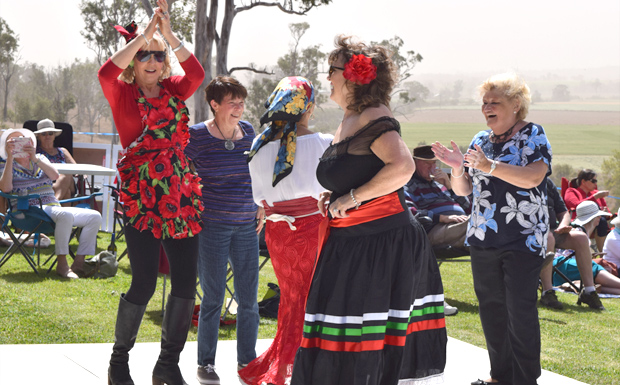 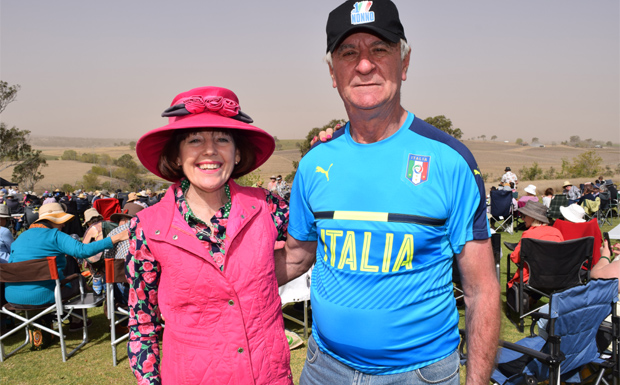 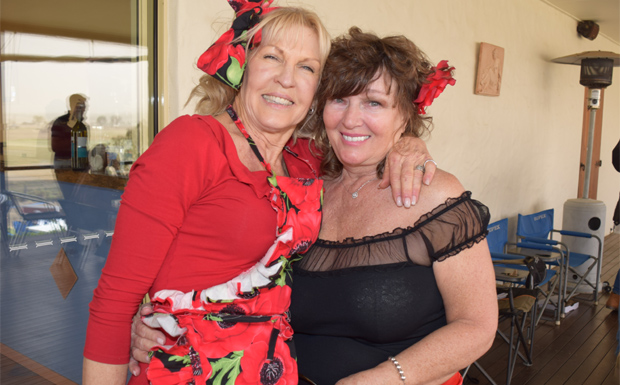 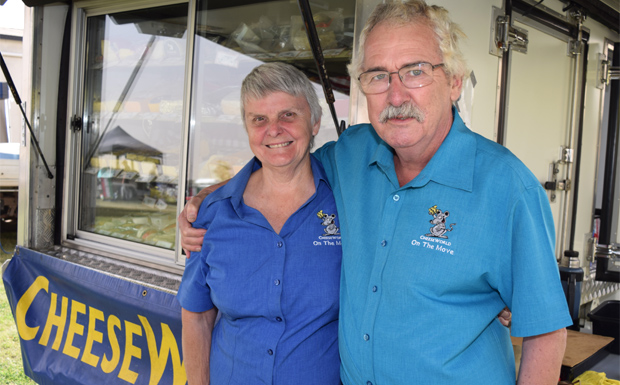 Margaret and Gerry Gagel, from Cheeseworld, did a steady trade in exotic cheeses … they were one of half a dozen local food vans which catered for this year’s Festival crowd 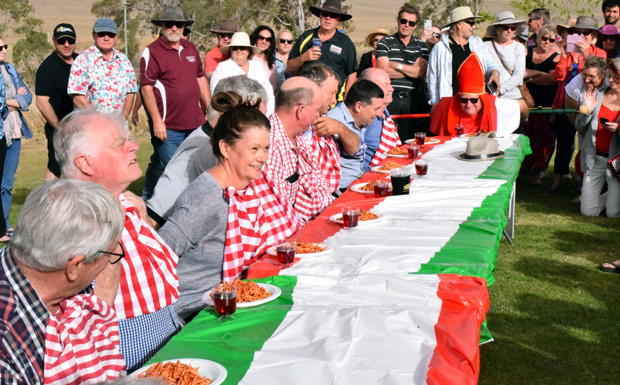 Towards mid-afternoon, volunteers took their places for the spaghetti-eating contest, where contestants have to eat a plate of spaghetti and down a glass of wine without using their hands … 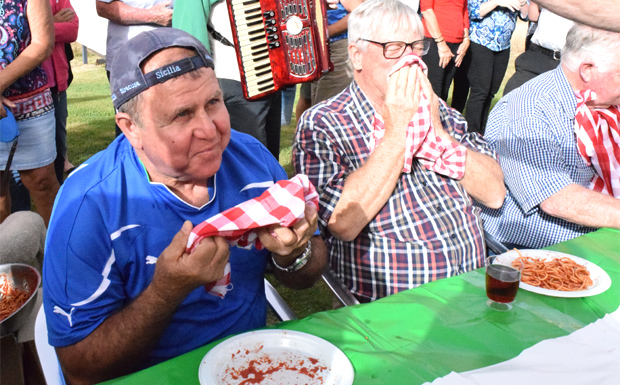 Tony Isgro – Fortunato’s dad – turned out to be this year’s winner of the spaghetti-eating competition … but like many contestants, he needed a wipe-down afterwards before posing for photos