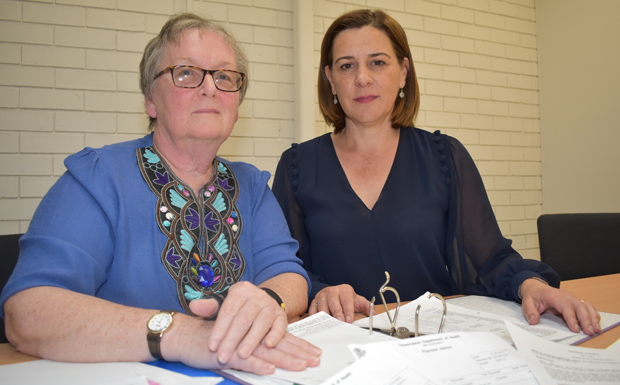 Nanango resident Rosemary Hansen can’t understand why she has had to battle with bureaucracy – and haunt her local MP’s office – to get Queensland Health just to reimburse her Patient Travel Subsidy Scheme entitlements.

Her radiation treatment and follow-up appointments meant she has travelled backwards and forwards to Toowoomba 38 times up to June this year.

For each of her trips, Rosemary lodged a claim for $83.16 – the amount for which she was entitled.

She told southburnett.com.au a few of the early reimbursements came through reasonably quickly but for others she had to wait and wait … and make numerous phone calls.

And when the payments did arrive, there was no way of noting which claim was being reimbursed.

On some occasions action only seemed to have occurred after she had contacted Member for Nanango Deb Frecklington’s office, who went into bat on her behalf.

When we spoke to Rosemary on Friday, she had been waiting for 11 weeks for her latest reimbursements.

“They told me they had processed the payment but it could take two weeks to get into my account. That would make it 13 weeks …” Rosemary said.

Rosemary and her husband Ian are on the pension which means timely reimbursements for their out-of-pocket expenses are vital.

“Patients go through enough stress without having to worry about this as well,” she said.

Member for Nanango Deb Frecklington said the problems with the Patient Travel Subsidy Scheme were “beyond frustrating”.

“You should not have to come to your local MP for action to happen,” she said.

Mrs Frecklington said she had written twice to Health Minister Steven Miles on behalf of Rosemary so far this year.

She said “many, many people” came into her electorate office in Kingaroy with the same problems but didn’t want to complain publicly about the issue.

“We like the fact that Rosemary allows us to write on her behalf to the Minister,” Mrs Frecklington said.

Mrs Frecklington said she was also concerned that many people who were entitled to be reimbursed for their travelling expenses when ill did not make a claim because of the stress involved.

“People want to apply but they don’t because the paperwork is too onerous,” she said.

“It is a failure of the system. It is a lack of priorities when dealing with our most vulnerable.

“People are going through some of the most stressful and trying times in their lives. Patients don’t need this stress.”

One Response to ‘Patients Go Through Enough Stress …’