Trio Does Well In NSW 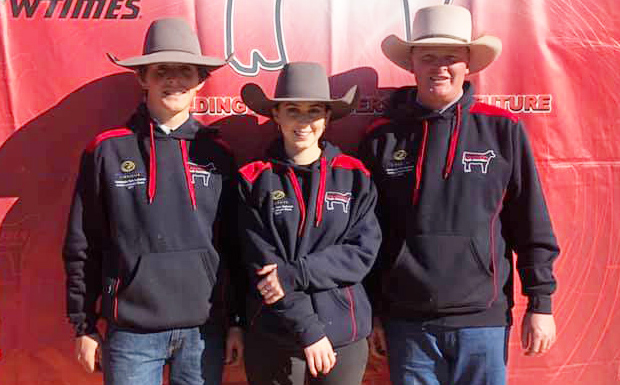 Some of the South Burnett’s brightest up-and-coming future cattle people have been starring at events around the country.

Carmen had a third in Junior Females with “Ruby Park Pandora”.

Competitors are now getting ready for the Queensland Limousin Youth Camp, which will be held at Wondai Showgrounds from September 26-29.

The camp has been extended for an extra day this year.

Corey Evans has also been named a finalist in the 2019 ALPA Queensland Young Auctioneer Competition.

Corey, who works at Aussie Land and Livestock in Kingaroy, is one of 10 competitors who have made it through to the State Championships which will be competed during the Ekka on August 8-9 in Brisbane.

He was selected after a two-day intensive school held at the Central Queensland Livestock Exchange in Gracemere last month.

The school was organised by Australian Livestock and Property Agents Association.

The top two competitors from the Ekka will be given the opportunity to compete against other State winners at ALPA’s national finals at the 2020 Royal Easter Show in Sydney.