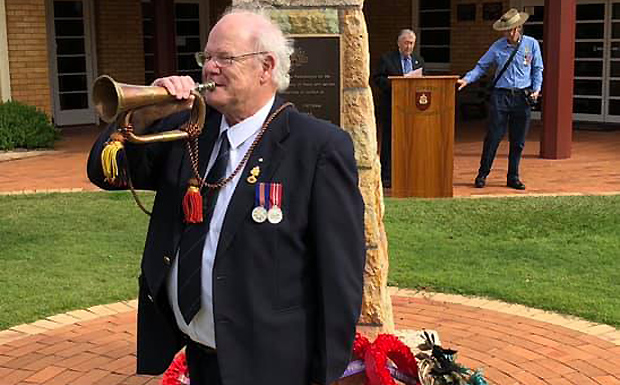 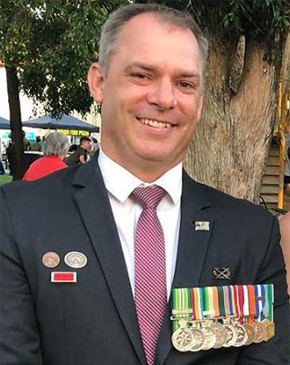 Wondai’s 14th annual Reserve Forces Day commemoration was held on Sunday with guests again travelling again from across the State for a parade, wreath-laying ceremony and good fellowship.

Wondai is the smallest centre in Australia – and the only one in Queensland – to hold a Reserve Forces Day parade, thanks to hard work every year by organiser Noel Selway.

A wreath-laying ceremony at the Wondai Memorial was followed by a parade down Mackenzie Street and a Recognition Service in Coronation Park.

Capt Scanes, who was the ALP candidate for Wide Bay at the recent Federal Election, served 19 years in the Australian Army with deployments across the Middle East, including Afghanistan.

Since then, he has campaigned strongly on behalf of the Afghan interpreters who risked their lives to help the Diggers but were left behind when Australia’s involvement in the US-led war concluded.

Capt Scanes said that while he was not a Reserve member himself, he had served with a Reserve unit, the 51st Battalion Far North Queensland Regiment.

“I had the opportunity to work alongside our Reserve force personnel on Border Protection operations and as part of the Defence Indigenous Development Program. I was impressed by the level of professionalism, capability, commitment and sacrifice made by those members in the service to our nation,” he said.

“Today is an occasion for pride and celebration. It is also a day for reflection and commemoration. It is a day to acknowledge the importance and significance of the service of Australian Reservists during both war and peace.

“Since the Federation of Australia in 1901, Australia’s Reserve military force has been known by many names, including the Citizen’s Forces, Citizen Military Forces and the Militia.”

He recalled the important role the Militia played during World War II, which was mobilised by Prime Minister Sir Robert Menzies in September 1939.

“He announced that 40,000 members of the Militia, formerly known as the ‘citizens forces’ would be called up for training and a 20,000-strong expeditionary force, designated the Second Australian Imperial Force (AIF), would be formed for service overseas.

“In October 1939, conscription was introduced to keep the Militia at strength as its members volunteered for the AIF.

“From January 1940, all unmarried men turning 21 were required to report to be examined for potential service. A substantial proportion of these men were granted exemptions on medical grounds or financial hardship. Those that were not exempt were liable for three months training followed by ongoing Reserve service.

“A consequence of this grouping was the creation of two different armies with different conditions of service, one the part-volunteer part-conscript Militia and the other the all-volunteer AIF. This situation resulted in administrative and structural problems that existed throughout the war, as well as a sometimes-bitter professional rivalry between the men of the two forces.”

Capt Scanes said the Militia units were mocked by the men of the AIF units as “chocolate soldiers” or “choccos”.

But they earned respect when war came to Australia’s doorstep.

“A number of Militia units went on to perform with distinction, most notably against the Japanese advance in New Guinea in 1942, where members of the Militia found themselves now on the front lines.

“Militia units that had been sent to New Guinea as garrison troops earlier in the war were now being called upon to fight a stubborn, fierce enemy on the Kokoda Track, with the aim to delay the Japanese advance.

“At the same time, the Militia battalions of the 7th Brigade played a key role in the Battle of Milne Bay, where Australian and US forces defeated the Japanese in a large-scale battle for the first time during the war.”

After the formal Reserve Forces Day activities finished, participants adjourned to the nearby Wondai Diggers Club for refreshments.

The Sunday commemorations followed a string of social activities on Saturday, including bowls (the Wondai Armed Forces Shield Challenge) and a barbecue at the Wondai Golf & Bowls Club, a meet’n’greet at the Hotel Cecil on Saturday evening and dinner with live music at the Wondai Diggers. 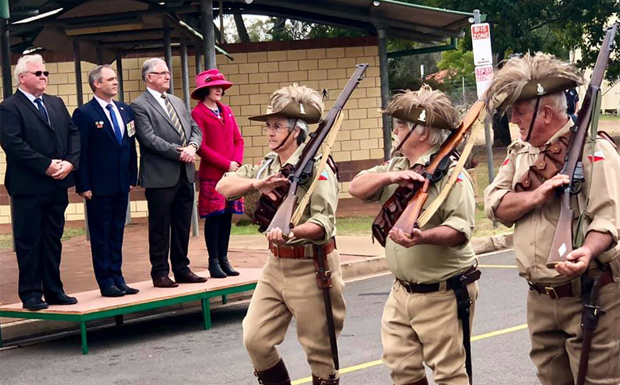 Guest speaker Jason Scanes, second from left, and invited guests take the salute on the podium 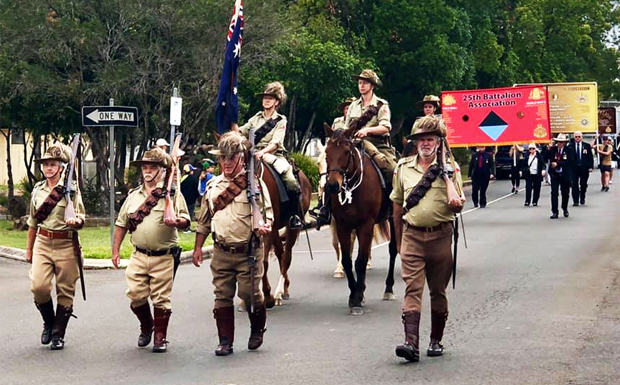 Members of the Gympie division of the 5th Light Horse Regiment led the parade down Mackenzie Street, followed by the colours of the 25th Battalion 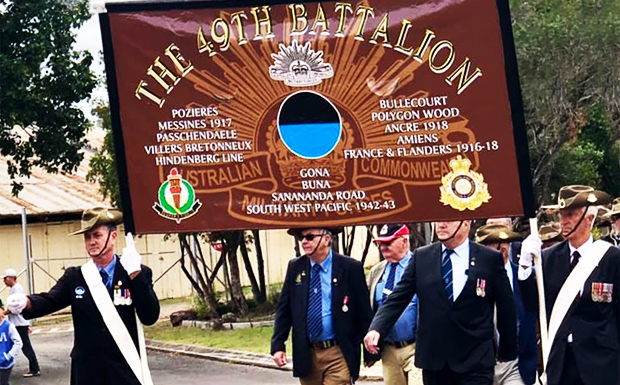 The proud battle honours of the 49th Battalion 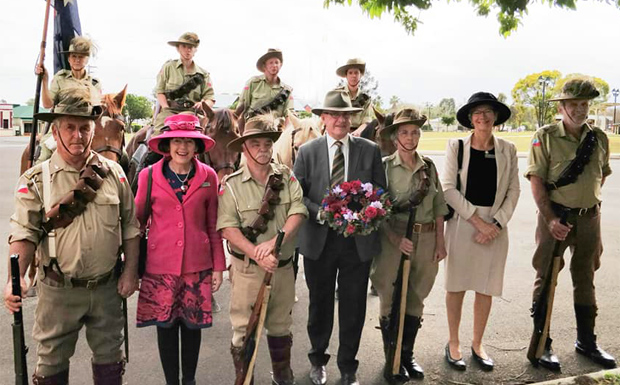 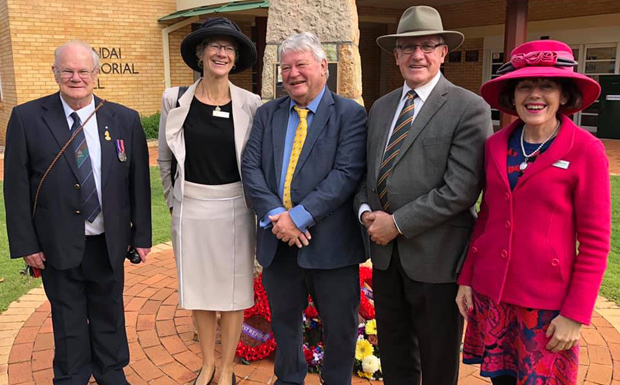 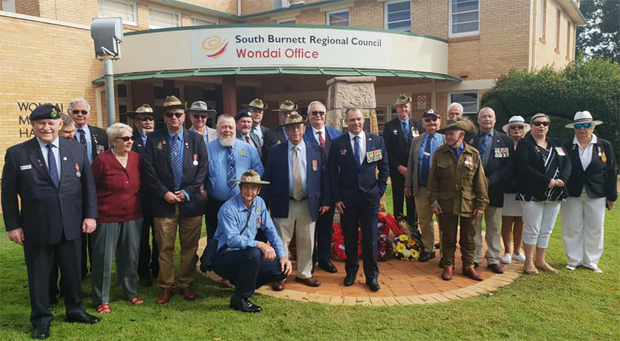