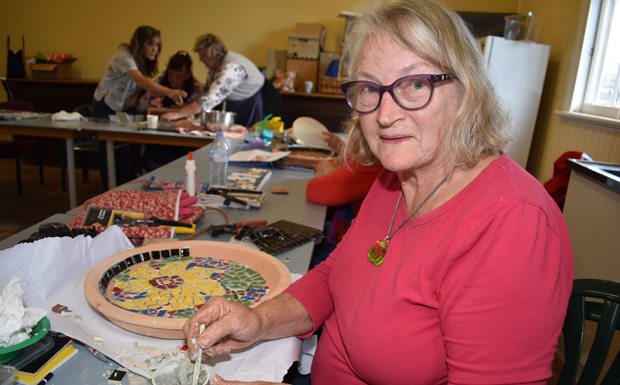 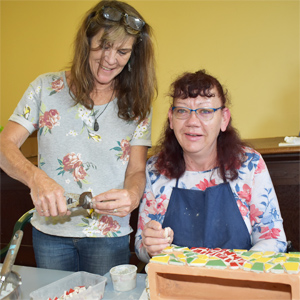 Local artists had a smashing time at a mosaic workshop held in the old 1913 Council Chambers building in Kingaroy at the weekend.

The workshop on Saturday was part of the two-month Queensland Winter Craft Festival which is being hosted at the Kingaroy Art Gallery.

Instructor Tracy Lewis, from the Mary Valley, worked with the participants as they broke up and shaped pieces of ceramic tile to decorate various projects.

Tracy, who is also the founder of Bush Critters, will be returning to the craft festival on June 29 to lead a workshop about weaving with weed vines; and on June 30, about hand-made sketchbooks.

The schedule for July activities at the craft festival is still being finalised but another mosaics workshop is also planned.

This is the fourth year the Queensland Winter Craft Festival has been held at the gallery.

The busy two-month program of workshops, tutorials and activities began on June 1 and is designed to cater for all tastes and interests. 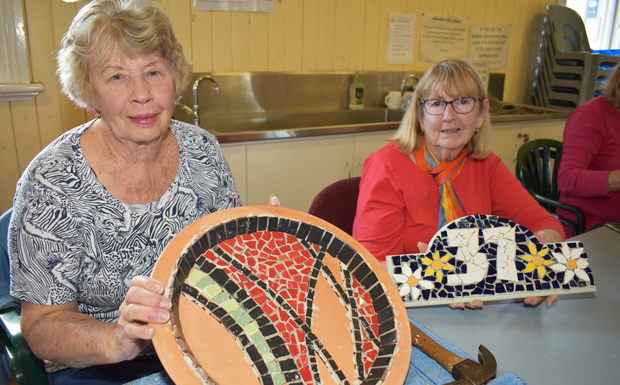 Joy Carter and Trish Erkens were working on their colourful creations 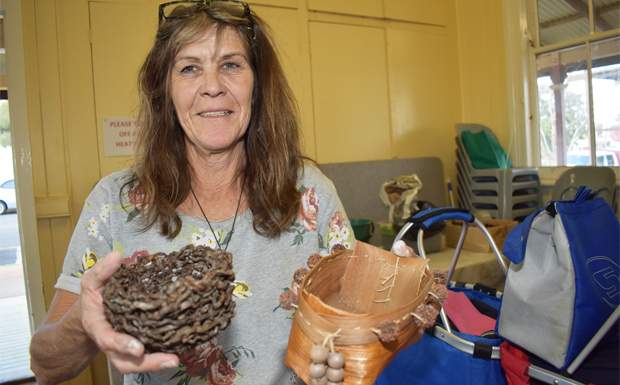