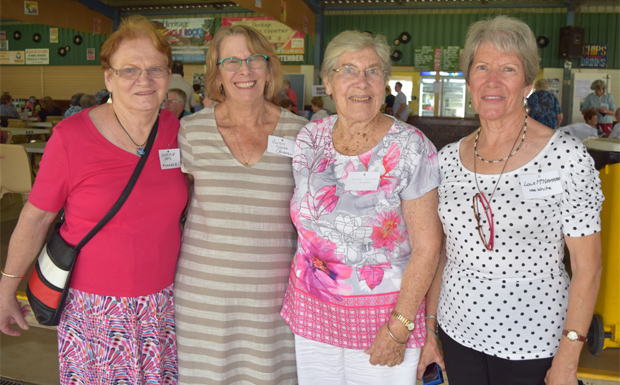 A much-loved annual reunion of past and present Nanango residents quietly celebrated its 58th birthday on Saturday.

The reunion had been held at New Farm Park in Brisbane for most of its life, but two years ago it moved to Nanango’s Ringsfield House.

This change proved so successful that organisers decided to make the new location permanent.

But this year – with the threat of wet weather looming large on the horizon – a sudden relocation to nearby Nanango Showgrounds was made at short notice.

But after a wet drive through the Brisbane Valley she discovered the local weather outlook was just as bleak.

“The Weather Bureau was forecasting a high chance of heavy showers on Saturday, which would have left us with a washout if we’d followed our original plan.”

Fortunately, though, help wasn’t far away.

He told Vicky the large canteen area offered plenty of space for her guests, and more than enough shelter from the weather.

“Des put in a call to Show Society president Les Schloss and it was all arranged pretty quickly,” Vicky said.

“Les told us the Show Society had to cancel the Nanango Campdraft they’d planned to hold last weekend because of the weather, too.

“That meant they had the space and we had the people, so it all worked out pretty well for everyone in the end.”

Vicky was full of praise for Ringsfield House.

“They were really wonderful about it, and brought over the food they’d prepared so it didn’t go to waste.

“Naturally, we’ll be back at Ringsfield next year when we hope the weather will be kinder.

“It’s such a beautiful place and we just love holding our reunion there.”

This year’s reunion attracted a bumper roll-up of 142 guests, made up of a mixture of current and former Nanango district residents.

Guests spent the day chatting over morning tea and lunch or browsing collections of photos and other memorabilia some had brought along.

In the afternoon, a few took trips around the town to see how much had changed.

Vicky said next year’s event will most likely be held on the same weekend, and any past or present Nanango resident who’d like to come is very welcome. 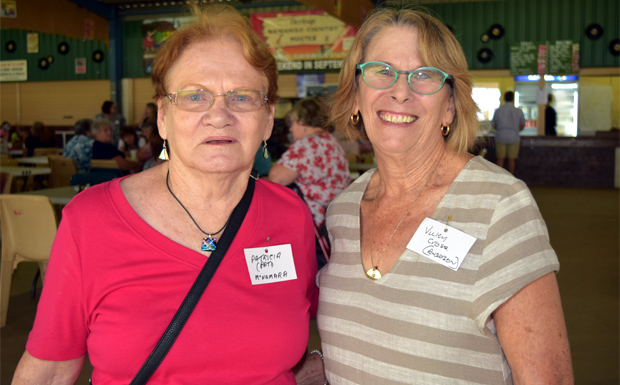 Pat McNamara kicked off the annual Nanango reunion in 1961, and organised it until recently when Vicky Cross took over the reins … both women love the quirky event, which has seen attendance numbers rise steadily over the past few years