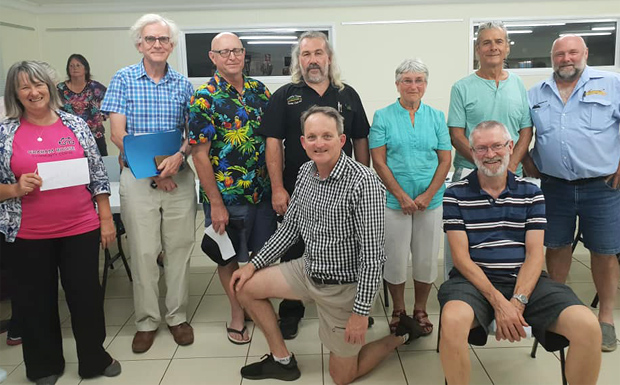 They discussed the growth in the Rail Trail’s visitor traffic since it opened last October; how the SBRTUA hoped to work with the South Burnett Regional Council’s own Rail Trail Management Advisory Committee; and possible ways the trail could be enhanced or extended in future.

“We were very pleased representatives from every town between Nanango and Goomeri took time out to come and share their ideas,” he said.

“This shows that enthusiasm for the Rail Trail isn’t confined to any single town or a narrow segment of the population.”

Ideas the group plan to examine include linking the Brisbane Valley Rail Trail to the South Burnett Rail Trail; introducing more native plantings along sections of the trail that will provide extra shade for users and eco-corridors for wildlife; and extending the trail from Murgon to Proston.

The group also plan to support the Wondai Country Running Festival and Murgon Rail Trail Festival, and hope to see other festivals and community events based around the trail spring up in other towns in the future.

It would also like to help develop “loops” that attract users to go off the rail trail and explore other parts of the region, such as the McEuen Forestry Trails being built by the South Burnett Mountain Bike Club, Boat Mountain near Murgon or BP Dam and the Moffatdale wineries.

“The Brisbane Valley Rail Trail Users Association (BVRTUA) has done a fantastic job developing the BVRT over many years, and we hope to work closely with them in future,” Mr Martindale said.

“If we can link the two trails, we can create one continuous trail from Wulkuraka to Kilkivan that would be about 280km long.

“That would be the longest trail in Australia and it would put the BVRT and SBRT right at the top of every enthusiast’s bucket list.”

The meeting acknowledged there had been some opposition to the Rail Trail when the idea was announced in 2014.

“When the rail trail was first proposed it received a fair bit of negativity in some quarters,” SBRTUA secretary Jason Wyeth said.

“People were concerned about the cost – even though the State Government paid for it – and whether it would actually benefit anyone.

“But 12 months on that attitude has certainly changed and we have received overwhelmingly positive reactions from the community and from visitors.

“Everyone who walks or rides the trail just loves it!”

The group plan to hold their next meeting in late January or early February next year. 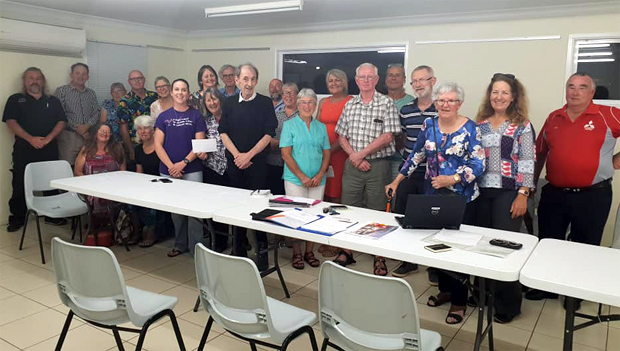 One Response to Big Interest In Rail Trail Group