Color And Music Take Over Gallery 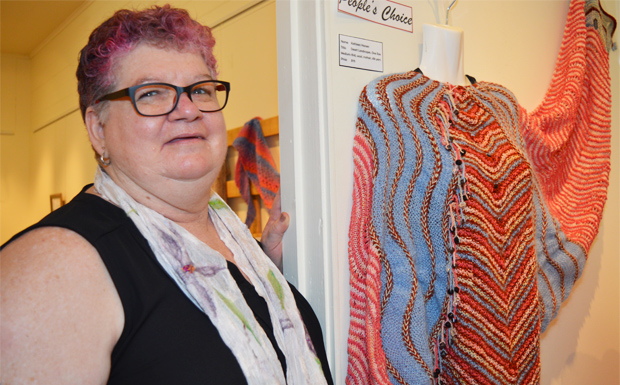 Booie Spinners’ member Kathleen Hansen, from Murgon, with “Desert Landscapes”, a knitted piece made from wool, mohair and silk yarn which was voted the People’s Choice in the exhibition

Wondai art lovers were treated to a very different art gallery opening on Friday night … a recital by singers as well as colourful displays by textile artists.

Well-known vocal instructor Julee-Anne Bell recently relocated to the South Burnett and already has a team of singers under instruction.

Several of her students took turns at the microphone as she accompanied them on keyboard at the Wondai Art Gallery.

Gallery visitors enjoyed supper treats prepared by the gallery volunteers and wine from Clovely Estate as the music continued.

The gallery’s November exhibitions feature the Gympie Tuesday Art Group in the front gallery with “The Magic of Miniatures”. The group has been meeting in the Gympie area for more than 10 years.

The Booie Spinners have taken over the main gallery with “Inspiration”, a colourful display of textile art featuring crochet, knitting and weaving.

If you’ve ever wonder what a Niddy Noddy, Lazy Kate or a Drum Carder are, this is the exhibition for you! (They’re all pieces of equipment used during the process of converting a fleece into useable yarn …).

The Booie Spinners meet on the first and third Saturdays of the month and have members from across the South Burnett. For more information, phone Robyn Cobby on 0415-787-913.

The “Four Of Us” – and exhibition by members of the Wondai Art Group which meet on Sundays at the Gallery – is in the third gallery.

Wondai Kindy kids, aged 3-4 years, have their work on show in Kidz Corner including pieces made during Grandparents’ Day and their take on “sustainability” for the Atlas Of Living Australia.

The exhibition was formally opened by Gallery Patron Cr Ros Heit who also made the surprise announcement that Wondai had won the Queensland Tidy Towns competition (see separate report).

The exhibition will remain on show from 10:00am to 4:00pm daily until the end of November.

Entry to the Wondai Art Gallery is free. 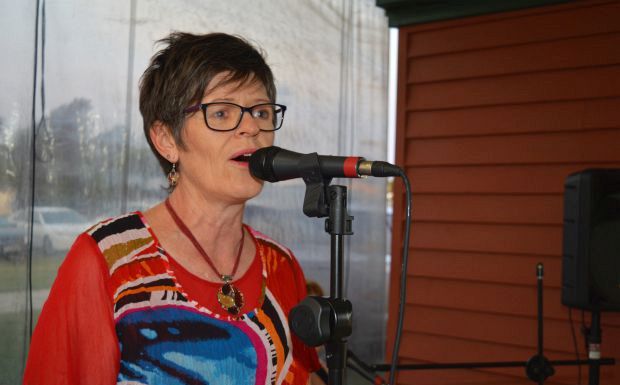 Liz Nicholson, from Murgon, was one of the line-up of singers performing at the opening 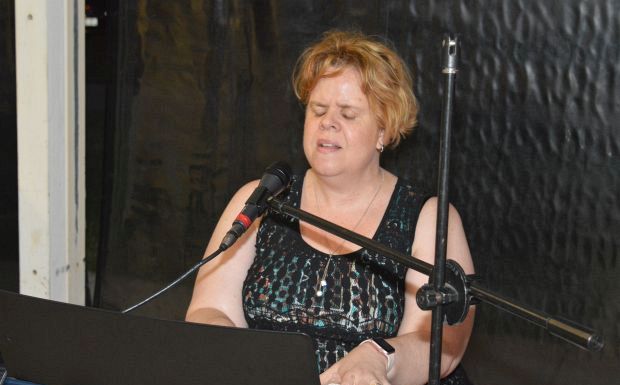 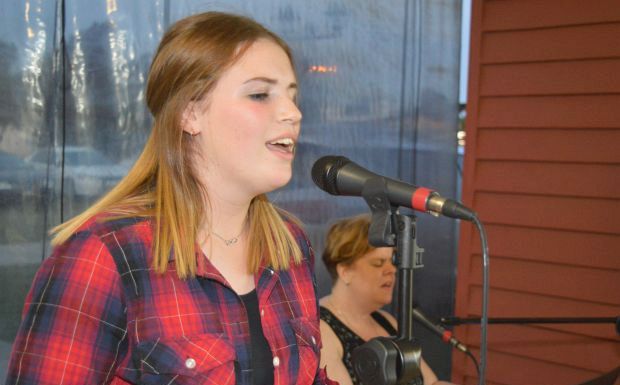 Grace Wells, 15, from Tarong, was another one of Julee-Anne’s students singing 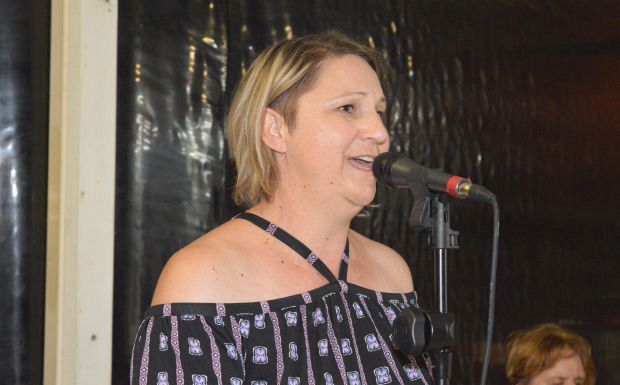 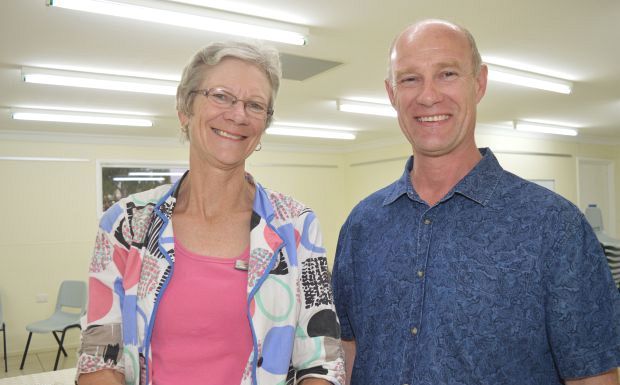 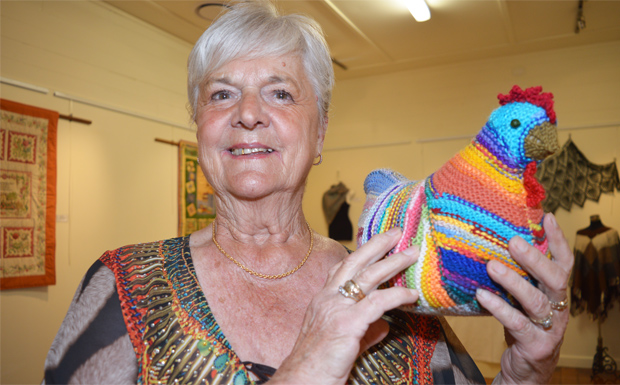 Janice Barry, from Nanango, with a knitted chook, one of several in the Booie Spinners’ display at the gallery … the chickens are made to a pattern which spread after the horrific Black Saturday bushfires killed 180 people in Victoria in 2009 . The Chook Project was initiated by Barbara Joyce who had knitted a chook in 2004 with fibre from an alpaca, “Coco”, owned by her Strathewen neighbours Libby and Phil Perry. The Perrys, as well as Coco and the rest of the herd, died in the fires. The knitted chook was retrieved from the ashes and became the model for a spontaneous art therapy project among the bushfire survivors 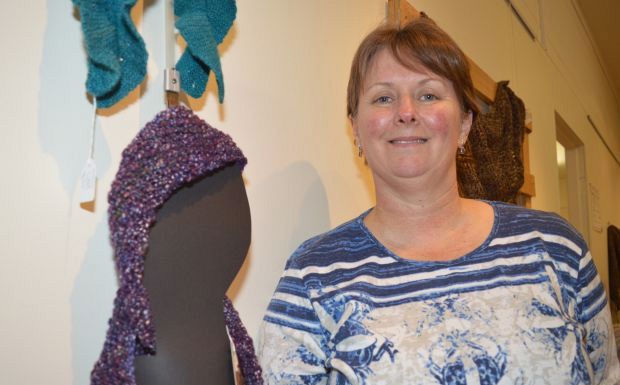 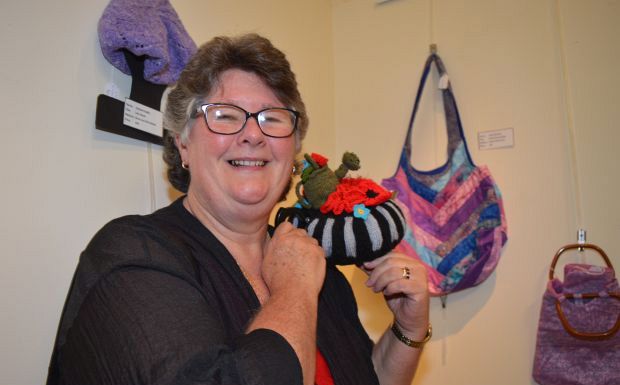 Robyn Cobby, from Booie, is one of the founding members of the Booie Spinners group 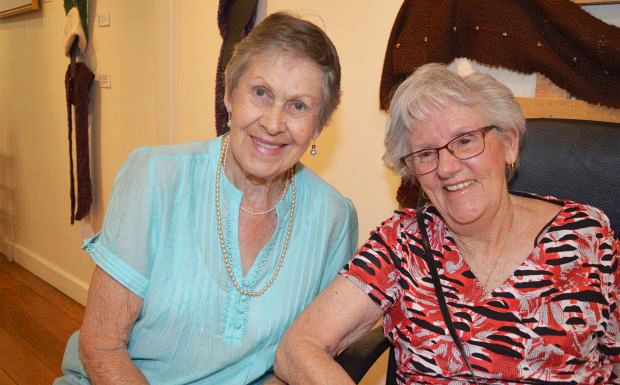 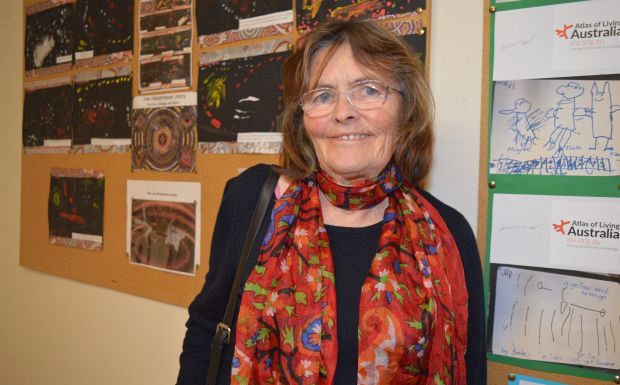 One Response to Color And Music Take Over Gallery