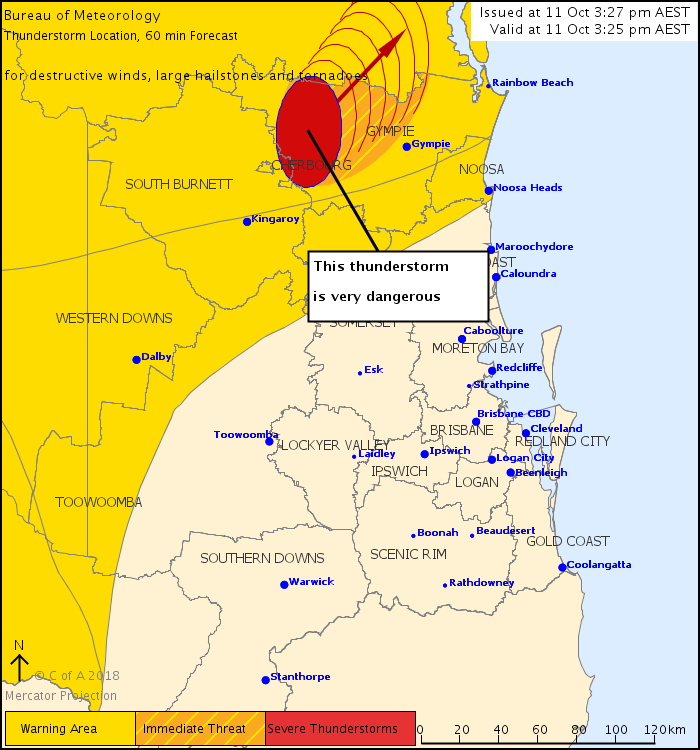 At 3:27pm on Thursday, the Bureau of Meteorology issued a TORNADO WARNING for north-west of Kilkivan:

Very dangerous thunderstorms north-west of Kilkivan were expected to continue their north-east track.

Very large hail and destructive winds with tornado are expected within the core of these cells.

At 3:25pm, severe thunderstorms were detected on the weather radar near the ranges between Gympie and Murgon, Goomeri, Kilkivan and the area north of Goomeri.

These thunderstorms are moving towards the north-east.

Destructive winds, large hailstones and a tornado are likely.