Above Par Performance At Proston 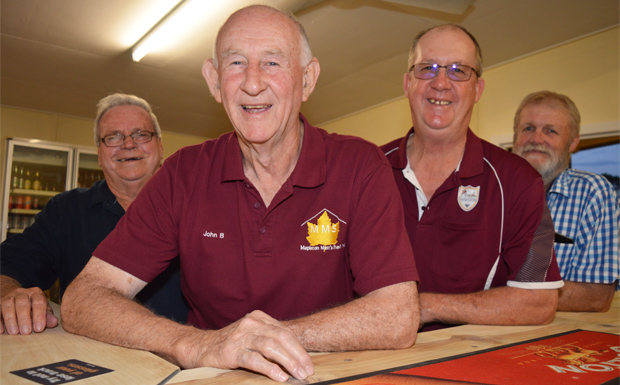 Proston Golf Club has had an amazing makeover thanks to the generosity of a bunch of hard-working volunteers from the Mapleton Men’s Shed.

Club president Craig Stephens said the dozen volunteers arrived at the club from the Sunshine Coast on September 23.

For the next week, they camped in the grounds and got down to work.

As well, tonnes of rubbish had been removed from the shed, and a new servery installed in the back wall.

Rotten woodwork was replaced plus “too many little jobs to list”, Craig said.

The project came about because of a long-standing friendship between Proston Golf Club vice-president Bill Gair and Mapleton Men’s Shed president John Brady.

The Men’s Shed members had previously done some volunteer work with BlazeAid at Dunedoo in NSW and were looking for another project to tackle.

A “thank you” barbecue was held at the club on Saturday night to farewell the Men’s Shed volunteers who were heading back home on Sunday.

“They have been remarkable,” Craig said.

“As well as jobs at the Golf Club, they also did some chores at Reinke Scrub (Conservation Park) where they renovated some walking tracks.”

Craig said the club was also very grateful to Ransen Timber at Boondooma Dam which donated $1000 worth of hoop pine slabs for the new bar.

Mapleton Men’s Shed members Tim McCauley, who built the bar, and Garry Hansen, who did all the plumbing work and fixed the roof, also received special praise.

The makeover for the Proston Golf Club comes at the end of a busy 12 months for the club, which has been working to turn its fortunes around.

“At this time last year, the club was $2500 in debt,” Craig said. “Now we have money in the bank and our membership has tripled.”

The 18-hole course is spread across nine greens on 25 acres.

One of the big factors in the club’s recent success is the growth in popularity of RVs and caravans staying at the venue.

The club is now working on a project, in conjunction with the Golden Spurs Campdraft committee and the Proston Show Society, to develop a walking track through the nearby bush gully to town.

This will encourage people staying at the golf course to walk into town (and spend money).

“We hope to have this completed before the end of November,” Craig said.

Work also began this week on widening and re-gravelling the entrance to the club grounds to make it easier for wider vehicles to come in.

Another big project on the club’s books is a new commercial kitchen which will be installed in November thanks to a $22,000 grant from the Gambling Community Benefit Fund.

Work will start on this immediately after the club’s next two big golf days are over (October 19 – Smithfield; and October 20 – Proston Men’s Shed).

As we said, it’s been a very busy 12 months at the Proston Golf Club … 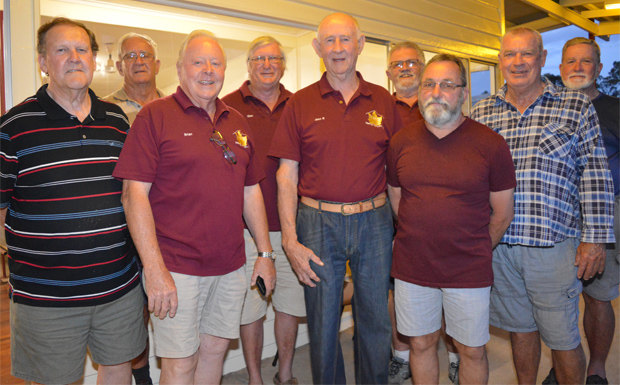 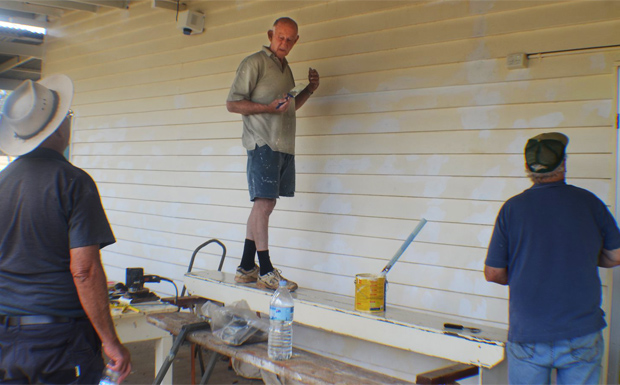 Some of the Mapleton men hard at work at the Proston Golf Club during the week
(Photo: John Woodward)