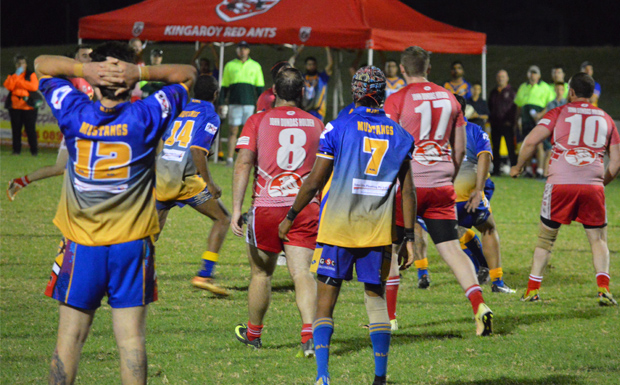 The score at full-time was Kingaroy 46, Murgon 24 but the final margin didn’t reflect the closeness of the game.

But Murgon quickly replied and at the midway point of the first half, the Mustangs were ahead 12-8.

With 10 minutes left in the half, a Jack Hourn try levelled the scores to 12-all.

Both sides then swapped tries to go into the break 18-all.

Kingaroy repeated its first half effort with Alex Pomfret picking up a try six minutes after half-time.

Murgon immediately countered and snuck into the lead again, 24-22, via a successful conversion by Christopher Bond.

But sadly for Mustangs’ fans, these were the last points for Murgon on the night.

Their cause wasn’t helped by game-ending injuries to key players Karl Berlin and Lehman Brunjes.

With Murgon running out of fresh players, the game went Kingaroy’s way for the next 30 minutes and the Red Ants racked up four unanswered tries.

The junior Preliminary Finals were played in Gayndah:

Grand Finals in all grades will be played at Nanango on Saturday: 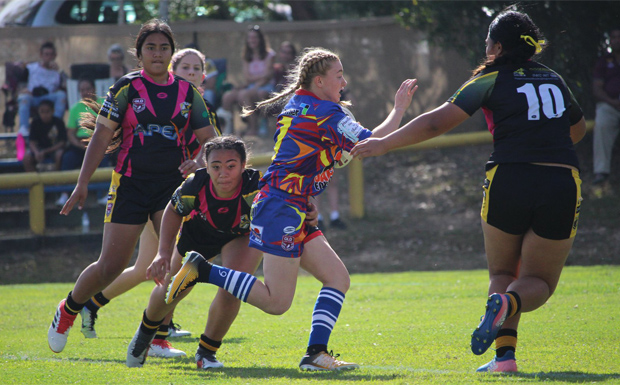 The South Burnett Eagles Under 16s women travelled to Cooroy on Saturday for their big Grand Final clash against Caboolture in the Sunshine Coast competition.

Trunks and Traevonnah Fisher each kicked a goal. 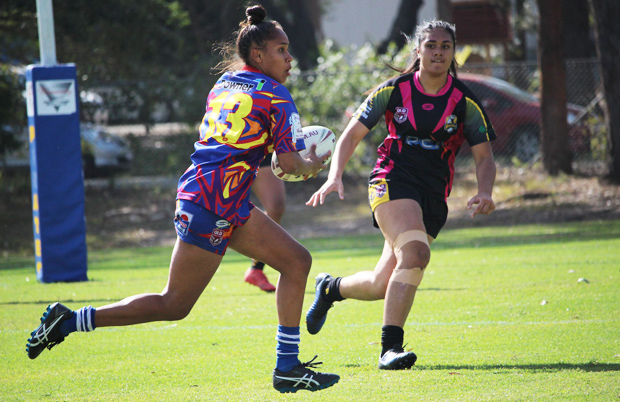