Tourism’s On Right Track At Yarraman 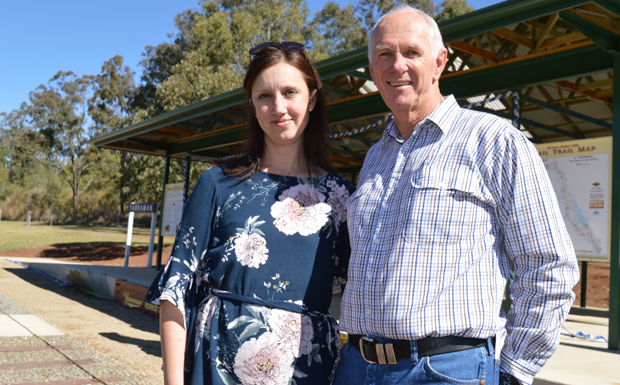 The key movers and shakers behind the new Yarraman Station Interpretive Centre … Helen Mead and Terry Reid from “Moving Yarraman Forward”, a sub-committee of the Yarraman Progress Association

The Brisbane Valley Rail Trail has an exciting new feature for visitors to explore after the official opening of the Yarraman Railway Station Park Interpretive Centre on Friday.

The display, erected near the site of the former Yarraman Railway Station building, features a unique laser-etched enhanced photograph of a steam train crossing the Cooyar Creek Bridge.

The artwork was prepared by Nutgrove signwriter Ian Stewart-Koster who explained to the gathered crowd the development of the interpretive centre as well as the work that had gone into gathering the information and many photographs that were now on display.

This research included poring over old files, microfiche and tracking down government records.

The creation of the laser artwork, which is placed in a traditional-shaped frame at the rear of the centre, took hundreds of hours for Ian to create, including 14 hours for the laser processing alone.

It is flanked by two lithoframes which at first glace look just like large pieces of white plastic.  However, when the setting sun strikes them at the right angle they spring into life with more railway-themed designs.

Ian recalled that in 2006, what is now known as Station Park looked like “an ugly dump”.

The then-Rosalie Shire Council decided to clean up the space and he was contacted by John Carey, then-Community Development Officer at the council, to create some signs for the area.

“I am grateful to John giving me free rein,” Ian said.

Then 12 months ago, he was contacted again … this time by Toowoomba Regional Council Community Development Officer Bronwyn Holland who invited him to work with Helen Mead and Terry Reid, from the Moving Yarraman Forward committee, to create more signage for the site.

He was determined to create something that was not simply “a bunch a signs”, but which would serve as a monument to the history of the railway line, and the people who worked on it.

Toowoomba Council put $147,000 towards the Interpretive Centre – part of a $300,000 streetscape project by the TRC in Yarraman – and the Tarong Community Partnership Fund (Stanwell) added $50,000.

The architecture of the shelter that was created with this funding echoes the history of the site, including a mini rail line across the front of a replica “platform”.

Representatives from Council and Stanwell attended the official opening, including John Carey who is now Community & Indigenous Relations Manager at Stanwell.

Stanwell Executive General Manager Business Services Jenny Gregg said just 100 years ago, the site would have been bustling with cattle, horses and stockmen.

It then fell into disrepair for many years but was now back to being “the heart and soul” of Yarraman.

Toowoomba Mayor Paul Antonio, who cut the ribbon to open the centre, congratulated the Yarraman community on what they had achieved,

He said Yarraman embodied the “rich traditions, bold ambitions”  slogan that had been adopted by the Toowoomba region.

Mayor Antonio said that during a recent trip to New Zealand with Cr Geoff McDonald he had seen what places just like Yarraman had achieved through tourism, including a town which had boomed because of a mountain bike trail.

He said Council wanted to partner with people – such as the Yarraman community and Stanwell – to achieve these sorts of results. 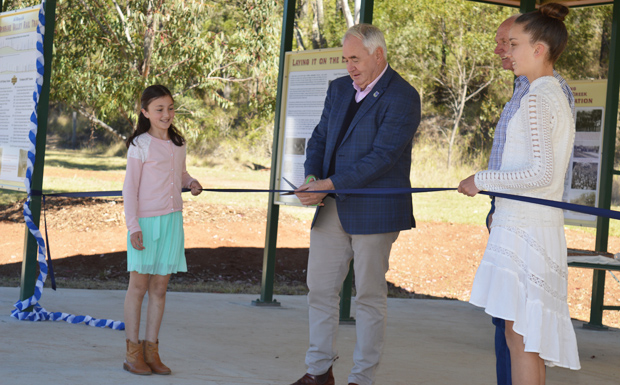 Toowoomba Mayor Paul Antonio officially opens the new Yarraman Station Interpretive Centre with the help of Larrah, 9, and Ellah Mead, 12 … the opening recreated the original opening of the Yarraman Railway Station back in 1913 when two girls stood at either side for the ceremony 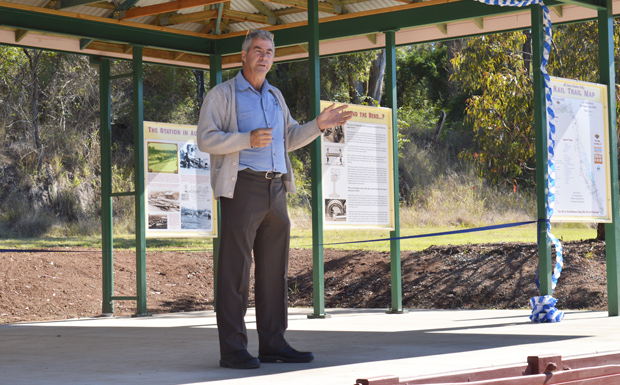 Ian Stewart-Koster, from Traditional Signs at Nutgrove, explained the intricate processes he used to create the laser etching which forms the centrepiece of the display, as well as how the data was gathered for the many information signs 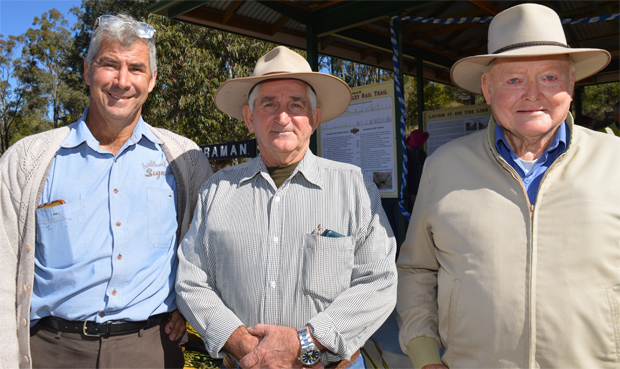 Ian Stewart-Koster with Yarraman residents Kerry Wyvill, who provided information and many of the historic images on display; and Bill Hobbs, who supplied the ancient crows ash log used to mount the sponsors’ plaque 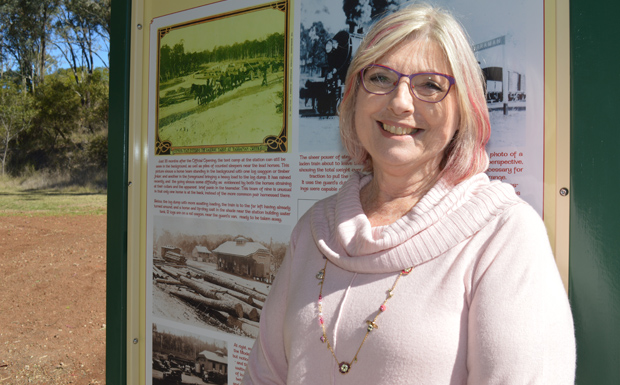 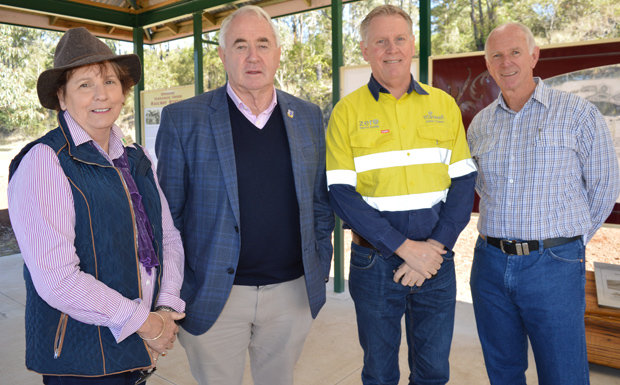 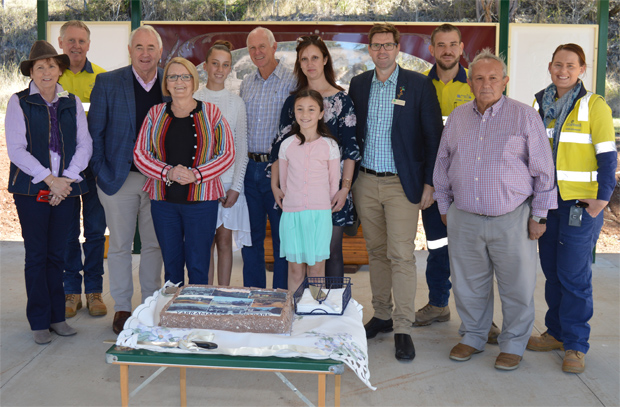 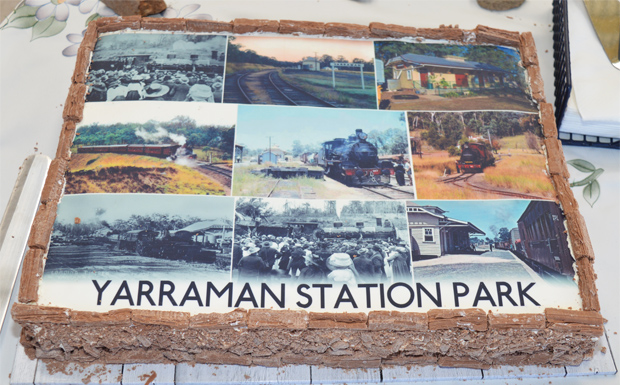 3 Responses to Tourism’s On Right Track At Yarraman