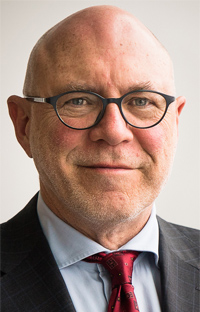 Electricity users in regional Queensland should notice a small drop in their annual power bills following the release on Thursday of the latest review by the Queensland Competition Authority.

QCA chairman Prof Roy Green said electricity prices would decrease across most tariffs and tariff combinations, including the main residential and small business tariffs, as part of the final determination.

“The exception is a small increase (0.6 per cent) for typical residential customers on a combination of Tariff 11 and controlled load Tariff 31,” Prof Green said.

“A decline in network costs is the main reason for the tariff decreases.

Prof Green said the tariff decreases were less than those which had been forecast in the QCA’s February 2018 draft determination.

“The differences between the draft and final determinations are also mainly due to an increase in costs related to the RET.”

Prof Green noted that, in contrast to the draft determination, the final determination did not incorporate metering charges for residential and small business customers, as directed by the State Government.

“On a separate matter, we are continuing to investigate Ergon Energy Queensland (Ergon Retail) for overcharging large regional customers for metering services. We will make further announcements about this investigation in the near future,” Prof Green said. 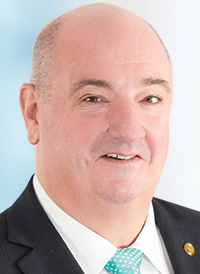 LNP Shadow Energy Minister Michael Hart said the “modest reduction” in wholesale electricity prices had only occurred “because the LNP called out government-owned generator Stanwell for gaming the market”.

And he said irrigators would got no decrease at all … “another kick in the guts to our farmers from Labor”.

“Under Labor there is a lack of competition in the wholesale electricity market which is causing sustained high wholesale prices,” Mr Hart said.

“Labor’s so-called CleanCo isn’t reducing prices. The experts and industry don’t know how it will operate because Labor hasn’t even set it up despite it being a key election commitment.”

CleanCo – a third publicly owned power generation company – was to be given a mandate by the State Government to deliver 1000MW of new renewable energy projects for Queensland.

“The government directed the QCA to take the introduction of CleanCo into account in finalising this determination but the QCA and their consultants were unable to do so as Labor’s new company doesn’t exist,” Mr Hart said.

“Annastacia Palaszczuk should immediately introduce retail competition across the State to bring power bills down.

“It’s not fair that people in regional Queensland can’t chose who they buy their electricity from.

“The Palaszczuk Government is treating people in regional Queensland like second-class citizens and dividing the State.”

In contrast, Queensland residents receiving money for putting power back into the grid will see a little bit less in their pockets.

Prof Green said customers with solar panels would still be receiving a fair and reasonable return for the electricity they export.

Customers who receive the 44 c/kWh feed-in tariff under the former Solar Bonus Scheme will not be affected by the new tariff.