Players Bowled Over By Carnival 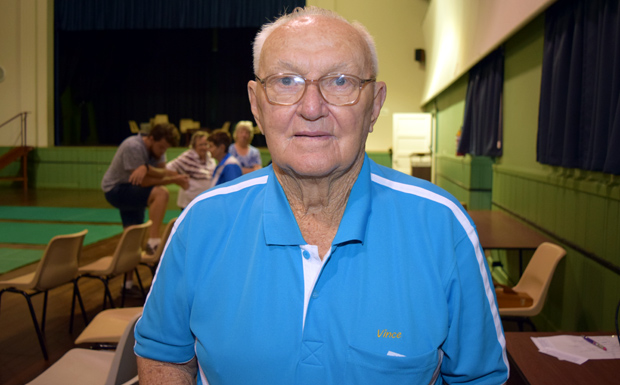 South Burnett Indoor Bowls Association president Vince Lakin was very pleased with the high standard of competition at this year’s annual carnival, which was held inside Wondai Town Hall

In all, 48 bowlers took to the mats over the weekend, playing pairs on Saturday and rinks on Sunday.

“There was some very good bowls when the final rounds were played on Sunday afternoon,” club president Vince Lakin said.

“It was a pleasure to watch the finalists in action.”

The majority of this year’s winners and runners-up came from Caloundra and Toowoomba, which are both strong clubs.

Some other prizes were also taken out by visitors.

This year’s winners were:

Local businesses in Wondai also did well out of the event, with many players booking a stay in the Colonial Motel and other accommodation in the town.

During the carnival, members of the South Burnett Indoor Bowls Club manned the Town Hall’s kitchens to ensure there was always tea, coffee and food on hand for the bowlers and spectators.

Vince said the South Burnett Indoor Bowls Carnival is normally held each year but it had to be skipped last year due to rain, which prevented some players travelling to take part in it.

He welcomed this year’s fine weather, though he knew some farmers would prefer things to be otherwise at the moment. 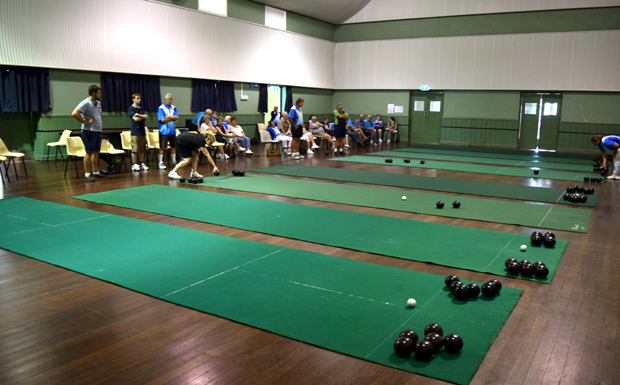 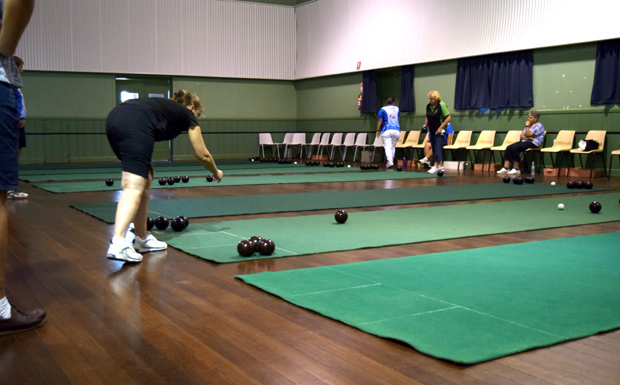 At ground level, the concentration and tension in the air was almost palpable; many of the closing shots required near super-human accuracy 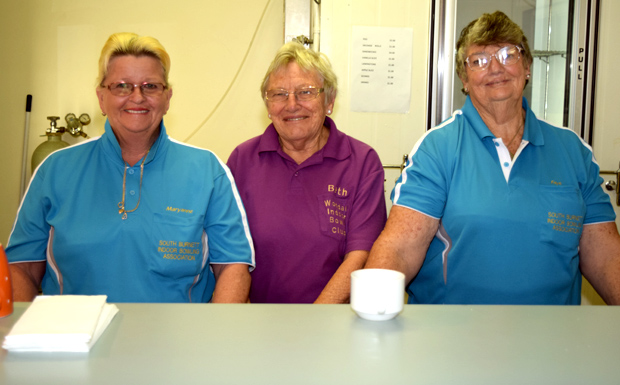 Would you like a cuppa to go with that? Maryanne Pearce, Beth Weier and Faye Holding were three of the local volunteers ensuring the carnival’s bowlers were kept well fed and watered