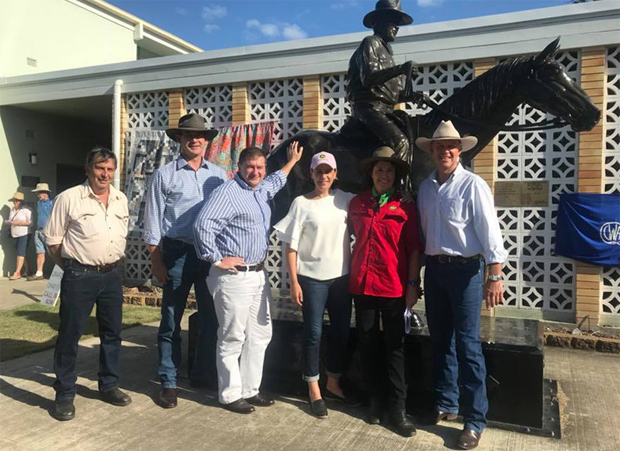 This year the 33-year-old event doubled its duration, courtesy of a Building Better Regions Fund grant and extra support from Gympie Regional Council.

Almost 180 ridden horses left Kilkivan Showgrounds on Saturday to traverse one of the two trails on offer, while three horse-drawn carriages covered a third trail before all three groups converged in the late afternoon for the Grand Parade of Horses along Bligh Street.

Festival president Steve Horseman said the committee was relieved the weather had been kind this year, and was delighted with the level of support the new format had received from spectators and participants, locals and visitors.

“So much hard work by a very small team has gone into this year’s event, so it’s gratifying to receive almost uniformly positive feedback,” he said.

“The only blight on the weekend was a very unfortunate failure of the Telstra 3G network in Kilkivan, which meant the ATM we had advertised as being available throughout the weekend did not have a single note extracted from it.

“This significantly undermined our revenue stream.”

On Saturday night, a good crowd attended the free Tom Grady Campfire Concert to witness the final of the Regional Talent Quest.

This was won by Erin McKinney, from Yandina.

Also popular was an enthusiastic performance by the Whiskey Mountain Boys trio.

Several new elements were injected into this year’s the festival mix.

Horse Ride Secretary Rosie Fitzgerald said she was pleased with the response.

“I think we have the balance about right now,” she said.

“We had a mix of short and long trails again this year and the Friday afternoon Great Horse Riders’ Forum was really well attended.

“We were also happy with the response to the online trail registration platform.

“Motorhomers and other non-horse campers responded to our invitation to join us at the Showgrounds for the duration of the festival, so there was a really diverse crowd and a lot of people were able to watch activities they would not normally be able to see.”

The date for next year’s Kilkivan Great Horse Ride will be set in the next few weeks, and posted on the Festival’s website.