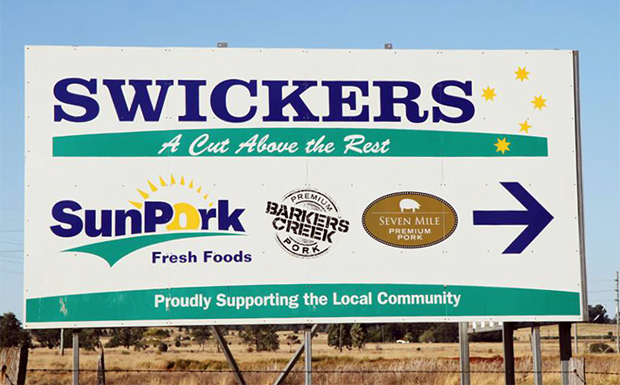 Swickers is one of the South Burnett's largest employers and a key component of the local economy (Photo: Facebook)

Member for Nanango Deb Frecklington has labelled Wednesday afternoon’s animal rights protest outside Swickers in Kingaroy as “a joke”.

A small group of activists from Brisbane Animal Save picketed trucks entering the Swickers abattoir complex to protest against the “violence” at the works.

Several of the protesters carried placards or wore T-shirts promoting a vegan lifestyle.

Brisbane Animal Save says it works in conjunction with Animal Liberation Queensland “to raise awareness of the suffering of tens of thousands of farm animals transported to slaughterhouses in and around Brisbane every day. We hold regular vigils to bear witness, be their voice, and promote a compassionate change within the wider community”.

The group’s Facebook page also calls for a boycott on the Ekka, for people to stop drinking milk and an end to rodeos.

“The protest in Kingaroy was a joke,” Mrs Frecklington said. 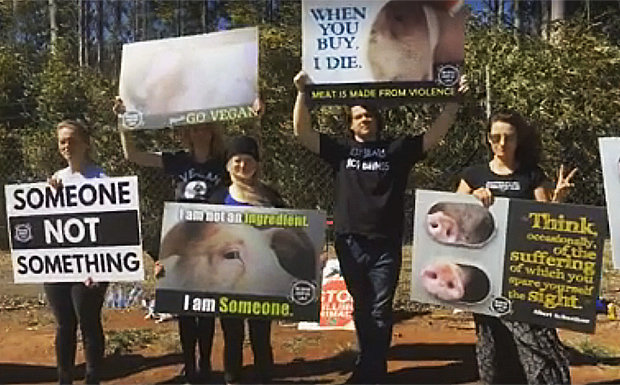 “There was not one local amongst them. How dare these out-of-towners come here and try to criticise our local industries.

“Swickers is our region’s largest employer and our whole town survives on the economic flow-on effects of the agriculture sector.

“While democracy is a good thing, I’ll always stand up for our locals and their livelihoods.”

Police were called to the scene to ensure the protest remained peaceful but there were no incidents.

Video by Brisbane Animal Save

One Response to Swickers Protest ‘A Joke’