Mine Fight Comes Alive With Art 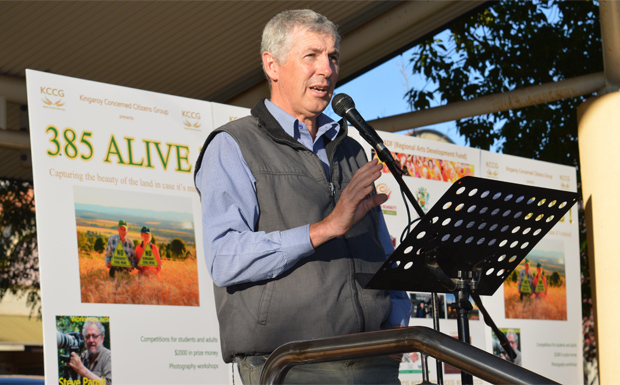 The Kingaroy Concerned Citizens Group launched its “385 Alive!” community art project on Friday afternoon, the latest salvo in its campaign to stop Moreton Resources from building an open-cut coal mine near Kingaroy.

The name comes from “MDL 385”, the mining development lease that Moreton has over part of the land.

“(The) project aims to celebrate and preserve images of some of our finest farmland in the event the Kingaroy coal mine actually goes ahead,” KCCG spokesman John Dalton told onlookers in O’Neill Square.

He said there were times when the best possible way to express things of beauty or of loss were through the arts.

“Art forms such as painting and sketching, photography, dance, poetry and song allow people to express things in a way that regular words and deeds do not. It also travels faster and further than words these days, thanks to social media,” he said.

“The name is combination of the mining development lease number, and a desire for the local land to be alive, productive and beautiful, and not a bleak black and white coal mine and pile of overburden that scars our land and injures our safe and reliable water resources forever.

“Also, should the mine go ahead, we wanted to ensure that the images and heritage of the area is secured somewhere, and not just in memories of those who have lived there.”

The 385 Alive! project has two parts: a series of workshops by well-known Queensland wildlife and landscape photographer Steve Parrish (funded via a $3450 grant from the South Burnett Regional Council’s RADF program), and an art competition with sections for people of all ages, using art, photography, dance, poetry or song.

St Mary’s Catholic College will host a workshop for students and a free public lecture on August 4, and a one-day photography workshop on August 5.

The college will also host a gallery of all entrants in the 385 Alive! competition and the awards ceremony on October 1.

Details of all the competition categories and prizes can be downloaded here (1.76Mb PDF) 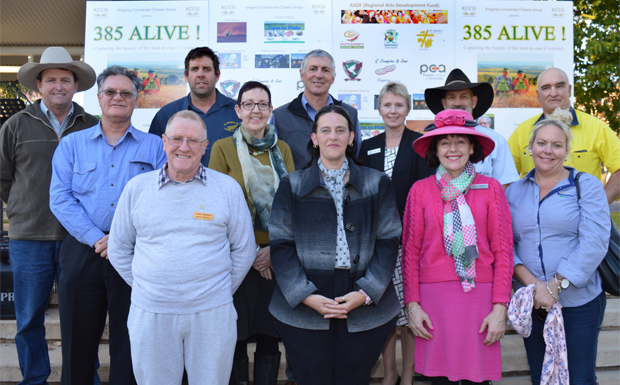 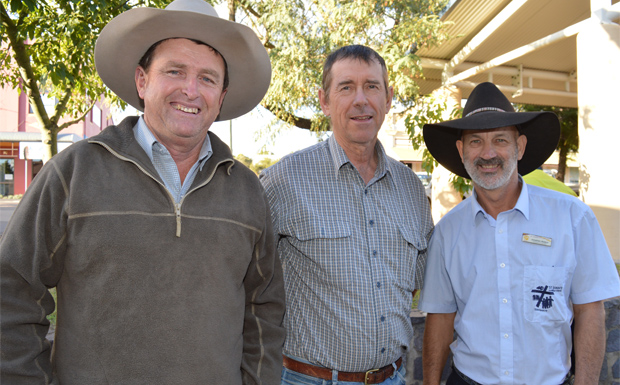 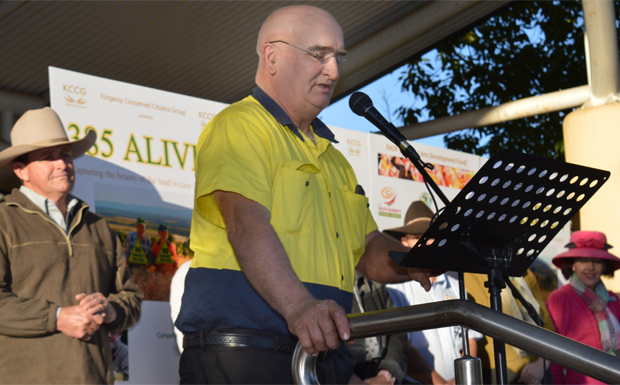