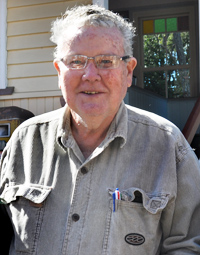 A funeral will be held next week for former Yarraman and District Historical Society president John Barber.

The Requiem Mass will be celebrated at Our Lady Of The Way Catholic Church, 38 Armstrong Street, Petrie, from 10:30am on Monday (October 31).

The former banker was foundation president of the Historical Society and was involved throughout the establishment of Heritage House in the late 1990s.

He was also an active member of the Yarraman St Vincent de Paul Society.

Mr Barber was a life member of the  Queensland Suburban Rugby Union, and the sport played a major part of his life for many years.

He was a former union player, coach and administrator and the Barber Cup is presented annually in his honour.