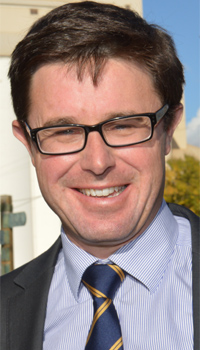 More than 250 homes and businesses in the Cooyar area will now have access to mobile phone coverage thanks to a new tower that began operating on Wednesday.

Federal Member for Maranoa David Littleproud said the Cooyar community would be able to use 4G now that Vodafone has switched on its new tower.

“This new tower was funded as a result of the Coalition Government’s Mobile Phone Black Spot Program which is strengthening telecommunications in rural and regional Australia, like Cooyar,” Mr Littleproud said.

“The Federal Government has committed $220 million and this commitment was also supplemented by co-contributions from Telstra and Vodafone as well as other stakeholders.

“Overall, this program has seen more than $385 million allocated to improve mobile phone services in the bush.

“Breaks in our telecommunications network hinder emergency services, tourism and business – that’s why this program is so important for rural communities.”