Paul’s Father Was A War Hero, Too 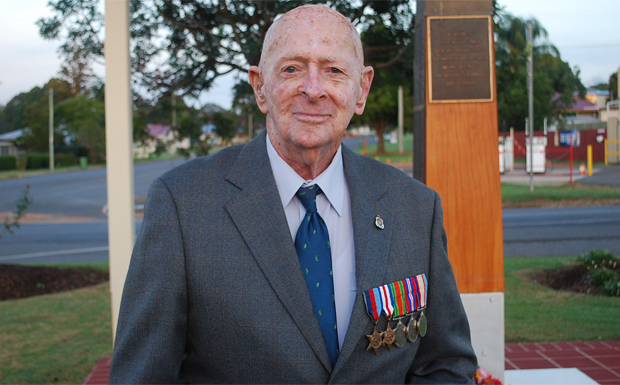 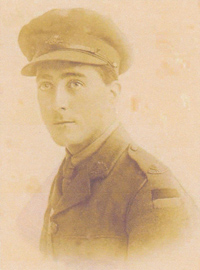 World War II airman Paul Tunn – who received a French Legion of Honour award last year for his sorties over France – has been invited to attend a special lecture about war heroes next month … but this time the spotlight won’t be on him, it will be on his Dad.

Paul, 94, from Yarraman, has been invited by the 9th Battalions Association Inc to attend a lecture about Lieutenant John (Jock) Patrick Tunn who was awarded the Albert Medal for gallantry in France during World War I.

The lecture will be delivered at the Milne Bay Memorial Library at Chermside by Warrant Officer Mal Black (Retd), the curator of the 9th Battalions Museum.

Jock Tunn was born on July 8, 1892 in Glasgow, Scotland, and migrated with his parents to Brisbane about 1910.

He enlisted in the AIF on May 19, 1916 and was posted to the 23rd Reinforcements, 9th Battalion, in France.

On July 19, a “seven-seconds Mills bomb” (a grenade) was accidentally dropped during operations leading up to the recapture of Meteren, near Ypres.

An account published later in “From Anzac To The Hindenburg Line”, by N.K. Harvey, explains what happened:

“One particularly brave deed was performed early in the attack. At this stage of the war, Mills bombs were also used as rifle-grenades by being fired from a special cup fixed to the muzzle of the rifle.

“Lieutenant J.P. Tunn was leading his party out when the man beside him, Corporal P. Norman, who was carrying a grenade in the cup on his rifle, with the pin out just ready for firing, tripped and over-balanced, with the result that the grenade fell out of the cup.

“Tunn, realising the danger to the party if the explosion was not smothered, at once dived for the bomb. He seized it but at the same time caught in his hand some long grass or wire, and the grenade was jerked out of his hand. It immediately exploded, blowing off his right forearm and wounding him severely in both legs; a fragment of the bomb also hit him over the right eye. The other men, however, escaped unharmed.

“In recognition of his self-sacrifice, Tunn received the Albert Medal. he had been recommended for the Victoria Cross but this could not be granted to him as he was not actively engaging the enemy at the time. However, the award of the Albert Medal was an outstanding distinction; there were only three awarded in the whole AIF.”

When his health started to deteriorate due to gas attacks during the war, the couple moved to the drier climate of Dalby where they ran a newsagency for several years.

Jock was a foundation member of the Limbless Soldiers Association of Queensland.

Returning to Brisbane to be closer to medical care, Jock died of asthma at the Greenslopes Repatriation Hospital in 1955.