Change Of Roles At Murgon Dental 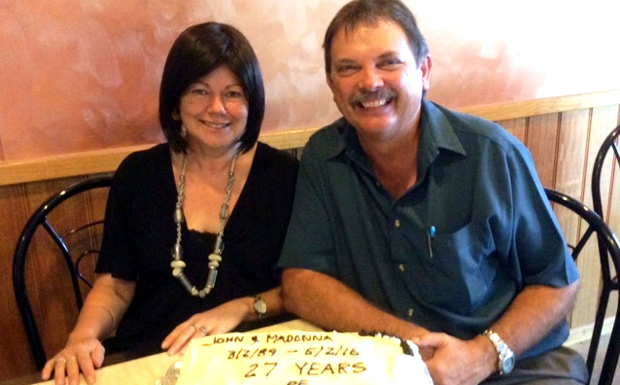 Madonna and Dr John Watt were presented with a special cake when they handed over control of their Murgon dental practice to Dr Stella Miller recently (Photo: Stephen Duff) 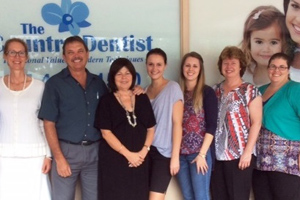 There has been a change of roles – and a name change – at Murgon Dental.

After 27 years at the helm, Dr John Watt and his wife Madonna recently handed over the ownership of the practice to former employee Dr Stella Miller.

The popular Dr Watt will continue to work at the practice for a few days each week.

Dr Watt originally purchased Murgon Dental from Dr Neil Perkins after working five years with the School Dental Service in Goondiwindi and Kingaroy, and then a further two years as a dentist at Kingaroy Hospital.

Dr Miller has been working with Dr Watt for the last four years following seven years working in Gympie.

Dr Miller originally trained as a dentist at the University of Adelaide, then served with the Royal Australian Airforce in Adelaide from 1991 to 1994.

After this, she ran a private practice in Wagga Wagga prior to moving to Queensland in 2005.

Apart from the change of ownership, the practice also recently changed its name.

Murgon Dental is now The Country Dentist, the offices have had a facelift, and there are more plans afoot for the future.

Dr Miller said she would like to bring visiting specialists to the practice so people throughout the region can receive the same level of oral health care that people in cities often take for granted.

Dr Miller is also very pleased that Dr. Watt is staying on at the practice.

“He is a very experienced dentist who is highly respected by his peers and warmly regarded by hundreds of people throughout the community,” she said.

“The change of ownership will simply allow Dr. Watt a chance to relax a bit more and to spend more time pursuing his interests in fishing and playing golf.”

A lunch was held at Reflections Coffee Lounge in Murgon on the day of the changeover, attended by staff as well Cr Kathy Duff.

Cr Duff paid tribute to Dr Watt and his wife for their 27 years of continuous service to the region, and for the additional work they do to help support the local community.