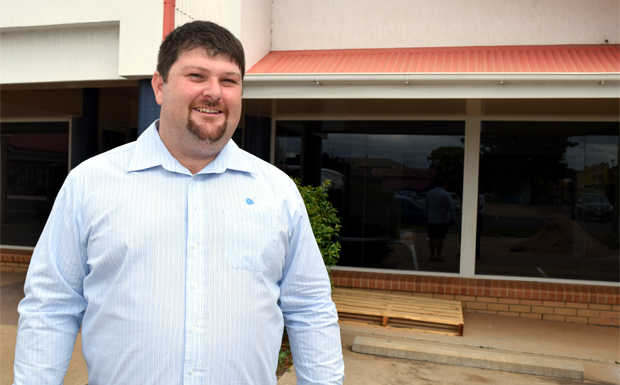 David Levi, from Rose Chapel Funerals, was inspecting the site of the new funeral parlour on Wednesday afternoon; he said he was "very pleased" Council had approved the company's application

Kingaroy will get a new funeral parlour in Markwell Street after the South Burnett Regional Council gave its approval to Rose Chapel Funerals at Wednesday’s meeting.

The new funeral parlour will be located immediately next to Ellis Equipment in the former Employment Services Queensland building, which has been vacant for several months.

The approval will allow the company to move from its current premises – an old house in Youngman Street – to open an expanded and much more modern facility that will offer two separate display rooms; a product display area; a kitchen; toilets; and a large chapel using state-of-the-art audiovisual technology.

At Wednesday’s meeting, Councillors were told that the reason the company’s application had come to Councillors for a decision was that the ESQ building only had ten customer car parks, and it would normally require thirteen car parks if it were put to the proposed new use.

However officers recommended the application be approved because the intermittent nature of traffic at a funeral parlour meant that most of the time the existing car parks would be little used.

Deputy Mayor Keith Campbell said he agreed with the assessment.

“I think that when a funeral is being held, there’s adequate on-street parking sites available nearby to accommodate things.”

Planning General Manager Stan Taylor told the meeting officers had also assessed whether or not the location was appropriate for a funeral parlour.

Mr Taylor said the site was on the fringe of the CBD, so he thought it was acceptable.

Mayor Wayne Kratzmann said that personally, he wasn’t sure it was the right location.

But when the issue was put to a vote, the application was passed unanimously.

On Wednesday afternoon, after the meeting, Mr Levi and staff inspected the new building in preparation for its conversion, which they believe will be ready to open before the end of the year.

“We have to do a lot of wiring and internal fit-outs, but I’m confident we’ll be open by Christmas,” Mr Levi said.

Rose Chapel Funerals, which is owned by David and Penny Levi and headquartered in Bundaberg, will also be changing its name.

When the new funeral parlour opens, it will in future be known as Generation Funerals.

Mr Levi said this was to ensure brand uniformity between the company’s Bundaberg and Kingaroy operations. 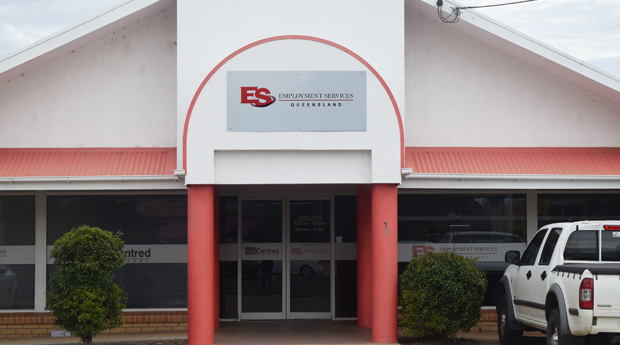 FLASHBACK: The building's previous use was as offices for Employment Services Queensland