Member for Gympie Resigns As Minister 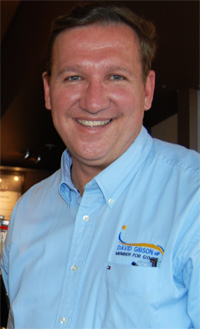 In a statement last night, Mr Newman said he had accepted the resignation of the Police and Community Safety Minister “effectively immediately”.

“Late today Mr Gibson informed me that in November last year, due to an unpaid speeding fine, his driver’s licence was suspended for three months,” Mr Newman said.

“During that time, it is alleged Mr Gibson on one occasion drove a motor vehicle and will now face a possible charge of unlicensed driving.

“Mr Gibson maintains he was unaware of the correspondence informing him of his licence suspension.

“However, Mr Gibson knows of the high standard I expect from my Ministers, and so he has tendered his resignation, which I have accepted.”

The former General Manager of the Gympie Times was elected to Parliament in 2006 and was re-elected easily at the March State election, securing 77 per cent of the vote on a two-party preferred basis.

“I think that the worst that should have happened to David Gibson in this situation is he should have been stood down, the matter should have been checked and we should not have this overreaction to these sort of issues,” he said.

“The Premier certainly should sack Ministers who make major problems and cause major issues, but this is not a major issue and this is going over the top.”

However, Opposition Leader Annastacia Palaszczuk supported Mr Gibson’s resignation, querying why he had not paid his speeding fine.