Heal Country … One Step At A Time

“Heal Country” is the 2021 NAIDOC Week theme … and healing was definitely the focus of Kingaroy’s slightly delayed NAIDOC Week celebration on Tuesday.

South Burnett Regional Council decided to delay the event so it could coincide with the arrival in town of the “Star Of Taroom”.

The Star is a 160kg slab of sandstone bearing deep grooves in a star-like pattern. It was taken from the traditional country of the Iman people during the 1970s.

No one knows how old it is but it is now going home, thanks to the efforts of the son of the man who removed it.

Johnny Danalis, from Brisbane, is walking the stone back … a personal journey of healing but also a bid to raise national awareness about the issue of returning cultural property to country from private collections.

He is accompanied by a small support team as well as volunteers who join in for short sections.

Johnny reckons there are probably thousands of artefacts being held in private collections that could be returned to their traditional owners.

Returning them would be part of the healing process …

Iman Elders have suggested the Star Of Taroom could have been a boundary marker but it will soon have a new role, the central spot in a new Wardingarri Keeping Place which will be opened at Taroom on July 24 when the rock finally arrives home.

The Kingaroy NAIDOC celebration focussed on the Star and its healing journey.

Wakka Wakka Elder Uncle Eric Law welcomed the walkers and South Burnett Mayor Brett Otto spoke about the journey his own family was undertaking learning about his wife’s Bundjalung heritage.

At the end of the celebrations, the Star Of Taroom team hit the track again, beginning a trek along the South Burnett Rail Trail to Wooroolin.

The walkers – who have been on the road since July 5 – will then enjoy a short rest break in the South Burnett.

On Wednesday, the Star will be on display at the Wondai Art Gallery; and on Thursday it will be taken to Cherbourg for another celebration.

It will also be in front of the Visitor Information Centre in Murgon from 3:00pm-4:00pm.

The walk will resume at 9:00am on Friday at Coe’s Corner at Boondooma, where Wulli Wulli representatives will send it on its way towards Allies Creek Forest and the next leg of the journey home.

Country is inherent to our identity.

It sustains our lives in every aspect – spiritually, physically, emotionally, socially, and culturally.

It is more than a place.

When we talk about Country it is spoken of like a person.

The Star Of Taroom team were welcomed into Kingaroy with a special breakfast on Tuesday morning organised by Kingaroy Country Motel’s Julie Thomson.

South Burnett councillors joined with representatives from the Wakka Wakka and Wulli Wulli nations to inspect the Star and chat with Johnny Danalis and his support crew.

Johnny spoke about the journey he had embarked on learning about the Iman people.

His father, who had been a “collector” of interesting items, removed the Star from a property in the Taroom area during the 1970s.

As he grew older, he realised it should go back home but sadly, he died of cancer before this could become a reality.

After studying the tragic history of the Iman, Johnny decided a trip by car wasn’t enough to get the Star back home so he resolved to walk it back … and so the journey with the 160kg rock on its special “rockshaw” cart began.

The Wakka Wakka Dancers performed before an appreciative crowd in the Glendon Street Forecourt … a highlight of Tuesday’s NAIDOC celebrations in Kingaroy. 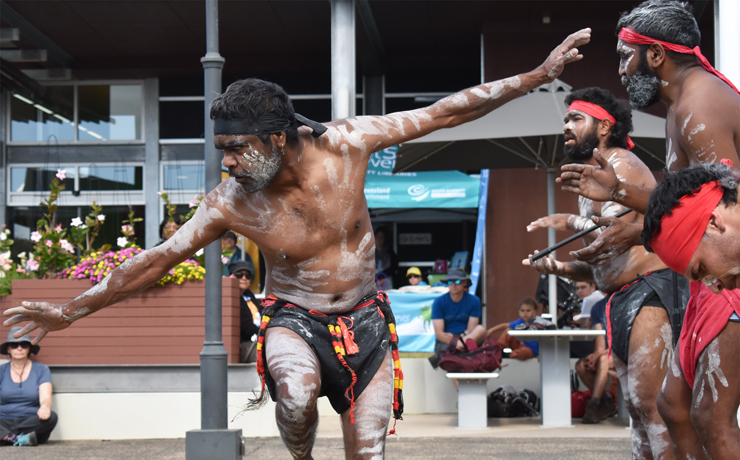 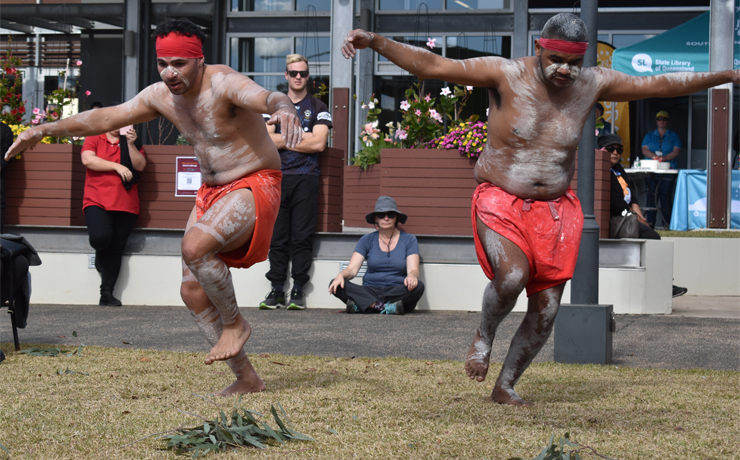 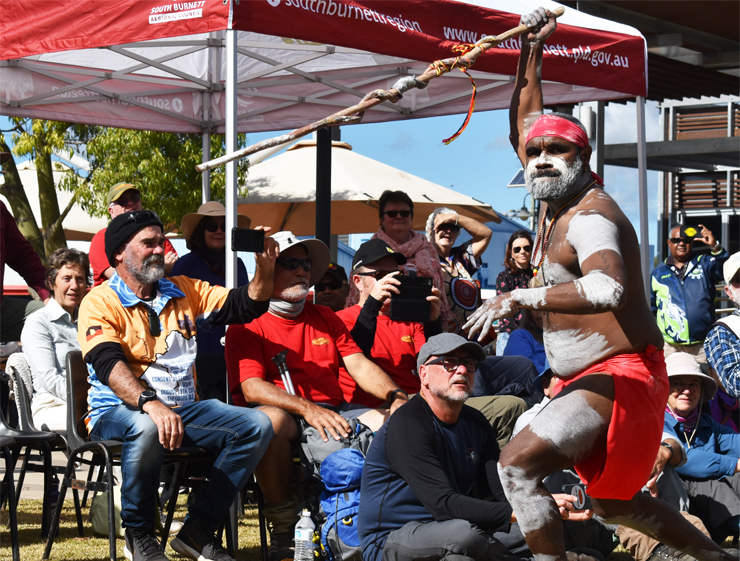