The State Government announced on Wednesday that an independent panel chaired by Prof Ross Garnaut will conduct a comprehensive government examination of the Bradfield inland irrigation scheme.

“We know that access to affordable water for irrigation can foster expanded agribusiness and jobs in regional Queensland,” the Premier said.

“As the globe faces harsh economic headwinds, it’s important to continue to capitalise on opportunities here in our State.

“Projects like this have the potential to support a new generation of farmers, landholders and regional communities if it’s done in a way that is realistic and affordable.

“By continuing to have a strong health response, we’re able to look towards the future with exciting projects like this and keep delivering on Queensland’s plan for economic recovery.”

The panel’s job will be to assess the financial, economic, environmental, social and technical viability of a Bradfield Scheme, or “Bradfield-like” concepts, as well as make recommendations for any further assessment.

“The Premier first raised the Bradfield Scheme in October last year and offered to work with the Commonwealth Government on a revised scheme,” Dr Lynham said.

“The Queensland Government is not waiting any longer: we are taking the lead and comprehensively re-examining a Bradfield Scheme concept.”

Dr Lynham said the new examination would look at the project from a 21st century perspective, including considering climate change, the impact on the Great Barrier Reef of diverting natural water flows, native title, and Aboriginal and Torres Strait Islander peoples’ cultural connections.

Member for Thuringowa Aaron Harper said significant investigations were already under way into projects that could be part of a Bradfield-style scheme.

“Any Bradfield project must start with water storage in the north – and that’s already happening,” he said.

The panel is due to report back to within a year. 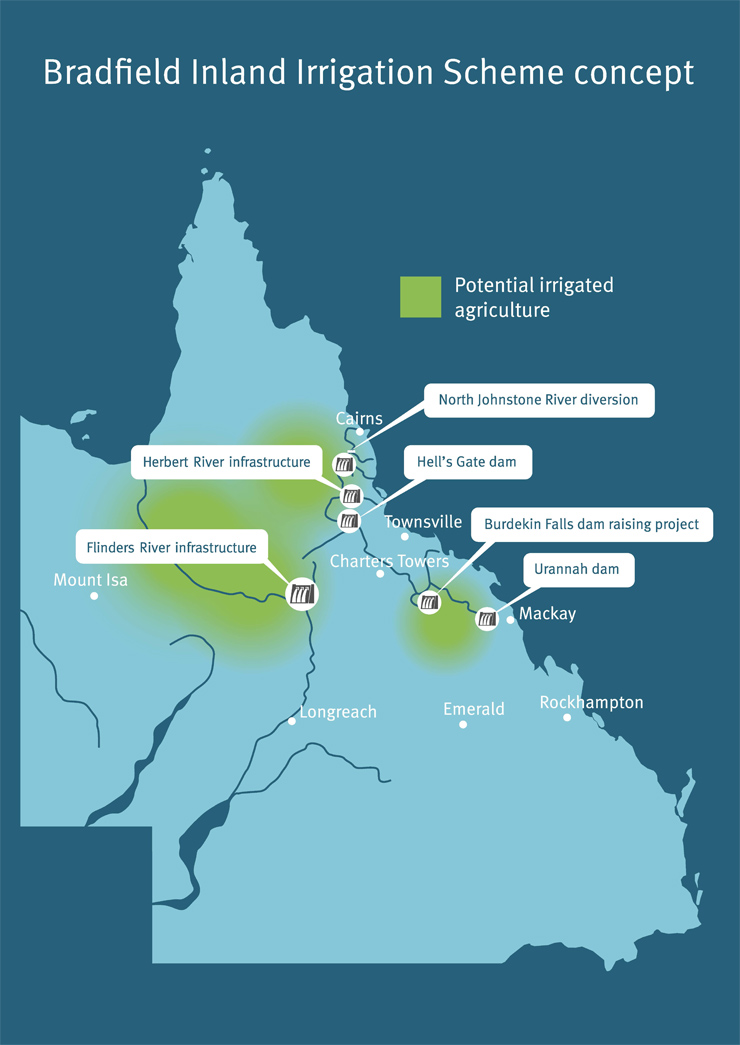