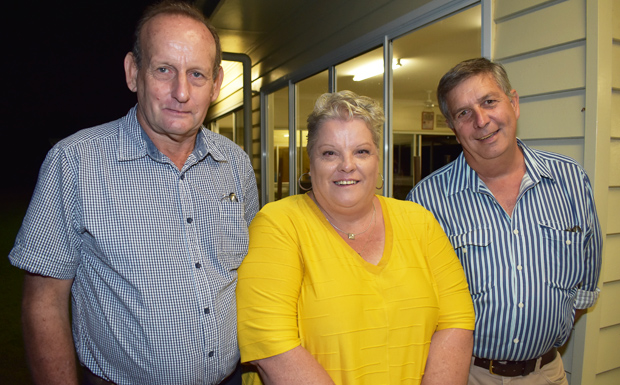 Everyone knows that roads, rates and rubbish are the key issues for local councils … but in Goomeri, you should also add in water and the still-closed swimming pool.

The quality of the Goomeri water supply – due to the failure of the town’s water treatment plant – and the fact the swimming pool has been closed all summer due to the failure of filtration equipment, were key topics raised at the Division 6 candidates forum held in the Pam Brunjes Pavilion at Goomeri Showghrounds on Wednesday night.

Then there was the state of local roads, the massive rate rises experienced by some local rural residents due to property revaluations and the cost of dumping rubbish at the tip …

The candidates forum was organised by the Goomeri Community Group, with assistance from the Goomeri Show Society which offered the showgrounds pavilion for the night.

Gympie Division 6 candidates Brian Thomas, Mikki Lawson and sitting councillor Hilary Smerdon were each given two minutes to provide some information about themselves and their aims should they be elected at the March 28 poll.

Then adjudicator Warren Weldon invited questions from the floor, and they came quick and fast from the 50 or so residents in attendance.

Current councillor Hilary Smerdon, who has represented Division 6 since the 2016 elections, said he had promised to be “a strong voice for the Division” and he believed he had been just that.

If he was re-elected, he’d continue to deliver on that promise.

He admitted that many Goomeri residents felt they had been forgotten by Gympie Regional Council: “You are never forgotten by me.”

He had also voted against the “exorbitant” rural rate rises handed down in the last Budget, which had seen rural property owners in Gympie suffer rate rises of up to 100 per cent based on the latest round of property valuations.

If re-elected, he said his priorities would be:

Hilary said the root cause of Goomeri’s town water problems was that the water treatment plant had not been maintained.

He said had been 12 months water supply in Kinbombi Weir – which was probably two years’ worth now – but it could not be used because the water treatment plant had not been maintained.

Goomeri librarian Mikki Lawson said she’d had many careers before becoming a Goomeri resident, ranging from working for big corporations and small businesses through to law and real estate.

She said her work at the library allowed her to talk to many people, and she believed she had a firm idea of what Division 6 residents’ main concerns were.

If elected, the issues she would tackle were:

Mikki said she had no prior experience in local government but if elected she would be a full-time Councillor and her key focus would be on restoring services in the Division.

Brian Thomas said he had served a term on Kikivan Shire Council from 2004 to 2008, and while doing so his key focus had been looking at the former Shire’s water supply problems.

Those problems, he said, had not been adequately addressed over the past 12 years, as proven by the problems Goomeri had now.

So if he was elected, he would be approaching them with extensive background knowledge.

If elected, Brian said he would focus on:

In Their Own Words … 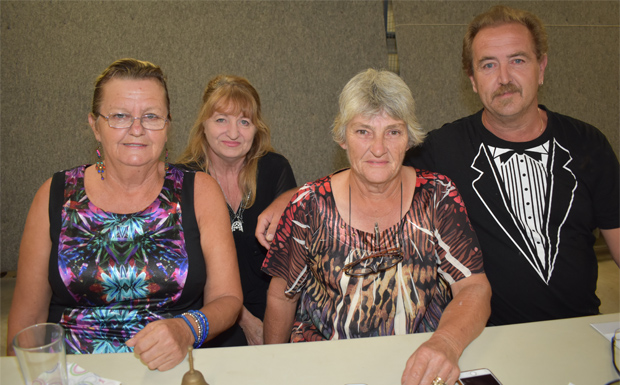 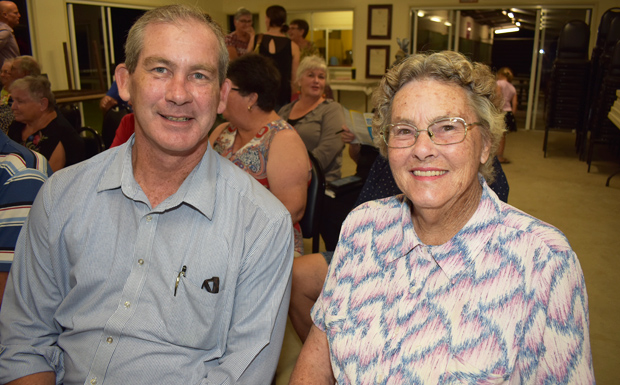 Gympie mayor Mick Curran with Phyllis Hopf, from Goomeri … the three candidates for Gympie mayor were also in the audience