Labyrinth Is A Labour Of Love 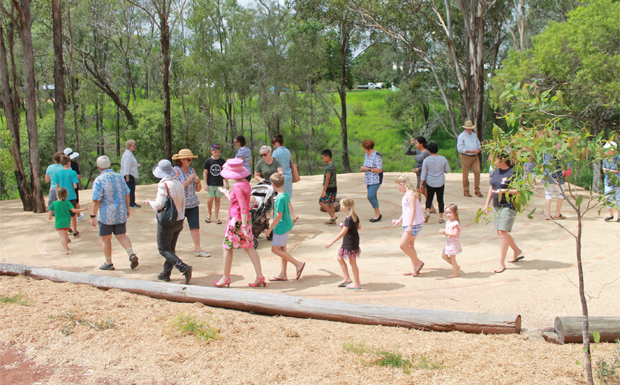 Some of the first strollers take to the Proston Community Labyrinth (Photo: Kath Crane)

About 50 people gathered in Proston on Saturday to mark the completion of a new community milestone … a labyrinth.

The circular pathway has been built by volunteers out of deco and pavers near the gully at Lions Park in Rodney Street.

The Proston Community Labyrinth aims to be a universal and inclusive sacred space that welcomes all faith traditions …
Relax, slow down and enjoy the walk.
Some come with questions –
Some come to meditate –
Some come in times of grief and loss –
Others to slow down and find renewed strength –
Or just for fun!
As you walk in – let go
In the centre – rest
As you walk out – Contemplate the insight gained

But what exactly is a labyrinth?

A labyrinth is a circular path which can be used as a walking meditation – or just to have fun.

There is only one way in and walkers move in the same direction. The path moves through a series of curves, ending at the centre.

It is a tool for reflection, meditation and mindfulness.

The idea of labyrinths dates back to ancient Crete and Greek myths but the concept has popped up in multiple cultures over the centuries.

The Proston Labyrinth was the idea of community nurse and local resident Kath Crane but the idea was quickly taken up by other supporters.

Proston Lions Club applied for a grant from the the South Burnett Regional Council to help make the idea a reality.

Heath Sander, from Sander’s Bobcat and Mini-Excavator Hire, prepared the pad that the labyrinth was built on and Terry Mayne, from Murgon Rotary, donated the pavers.

2020 South Burnett Australia Day Volunteer of the Year John Power built the structure with the help of other generous volunteers, carefully laying the pavers to make smooth circles.

Kath said the pathway had been made wide enough to handle a wheelie walker or wheelchair, to help make the facility inclusive for all residents.

He was joined by South Burnett Mayor Keith Campbell, Deputy Mayor Kathy Duff and members of the Proston and Murgon communities. 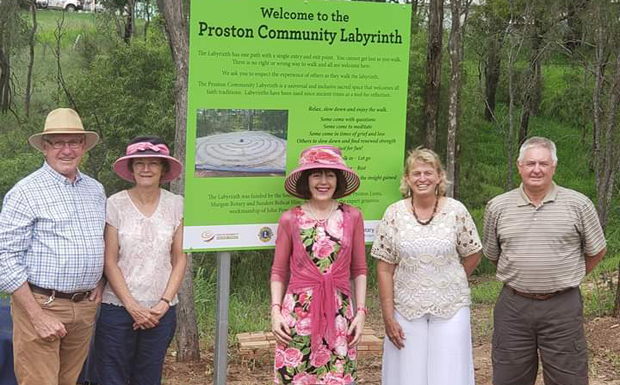 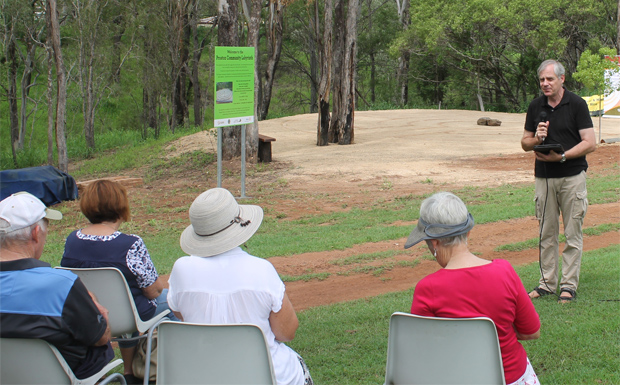 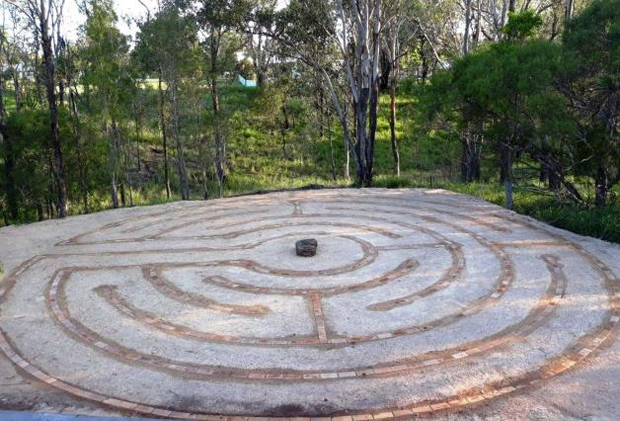 The Proston Community Labyrinth is made of deco and carefully laid pavers (Photo: Kath Crane)

3 Responses to Labyrinth Is A Labour Of Love