CTC Looks Back On A Busy Year 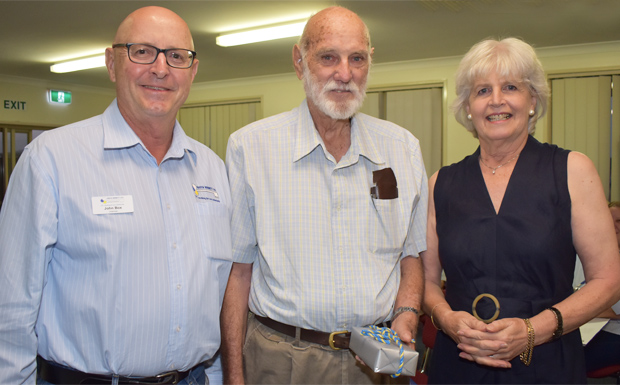 Long-serving Board member Michael Carroll was presented with a thank you gift at the annual general meeting of South Burnett CTC last week.

The local solicitor and farmer has served on the Board of the not-for-profit association for an amazing 32 years, helping to guide the growth of the organisation from the time when it headquarters was “located wherever there was space free” to the huge South Burnett service provider which exists today.

“Throughout the year our unbelievably resilient staff have been challenged by a multitude of changes imposed by the introduction of the NDIS, overwhelming numbers of clients requiring support to deal with domestic and family violence (amongst other concerns) related issues and at times extreme and complex behaviours of young people as they work through previously experienced traumas,” John said.

He thanked CTC’s managers and staff for their efforts “above and beyond”.

CEO Nina Temperton said it had been another very successful year of meeting or exceeding outcome targets and quality standards.

“This has come at a high cost in terms of levels of mental, emotional and even physical stress and exhaustion as demand by far outstrips funding in many of our services,” Nina said.

“Our rational selves say that we need to only do as much as contracts require, but who can say no to a victim of violence, abuse or homelessness when there is no alternative available.”

“It is not just the sheer number of people who need assistance, it is also the ever-increasing complexity of their issues and behaviours that stretch us almost to breaking point.”

Nina said the South Burnett seemed to be at the “tail end” of just about every service region.

“While promising new approaches are trialled in the cities, they don’t quite filter through to here.  The available money seems to go to policy development and promotion or to band-aid reactive measures, when it should go into prevention and earliest intervention,” she said.

“Many a family could be saved from ongoing trauma if they could only get a couple of hours a day for a few weeks / months to help them cope.

“The same applies to mental health services – so much pain could be relieved with timely access to help and yet the waiting times extend to many weeks and months.

“While trying our best with the band-aid solutions, we continue to advocate, educate, fund raise and hope for more action from those who make the big decisions.”

“The function of this organisation is not to come up with a huge bottom line,” he said.

“Funding is very much at the whim of government and senior public servants. Running an organisation like this is much more difficult than running a private business.

“To keep the budget balanced is a huge achievement.” 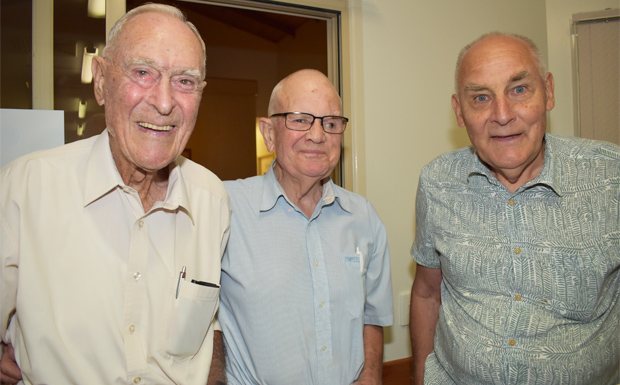 One of the longest supporters of South Burnett CTC, former Nanango mayor Reg McCallum, with member John Shaw and Board member Eric Cross 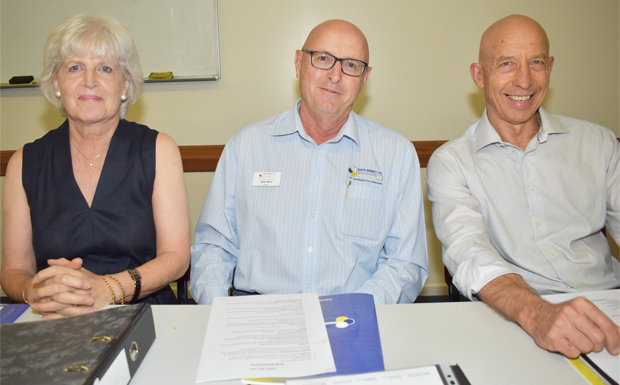 One Response to CTC Looks Back On A Busy Year