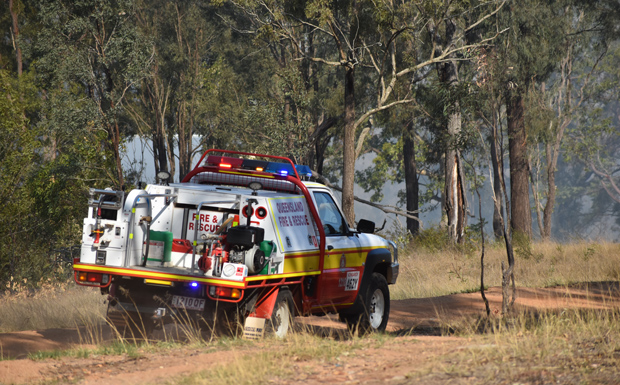 A fire unit heads towards the seat of the Goodger fire

Thirteen fire crews are at at a bushfire burning on a property on Neale Road at Goodger.

A QFES spokesperson said machinery was helping to clear a firebreak and firefighters were doing backburning.

A house was located nearby but was not under direct threat.

The fire was burning in an easement along the western side of the property.

At least 10 fire crews have been called to a grassfire burning near Neale and Staiers roads at Goodger.

The fire was reported to emergency services just after 2:00pm on Monday.

At 3:10pm, a QFES spokesperson said firefighters were working to contain the blaze.

Smoke is affecting the area and motorists have been urged drive with caution.

[Published originally as “Grassfire At Goodger”] 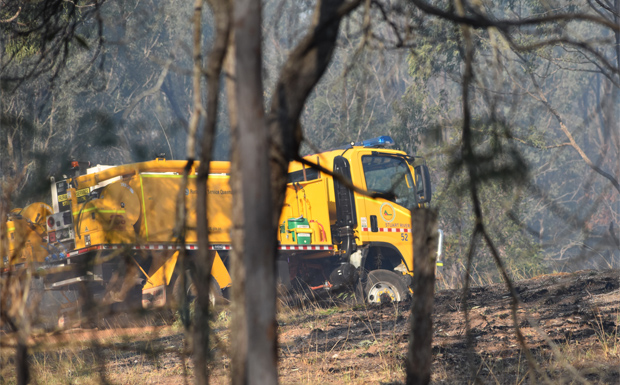