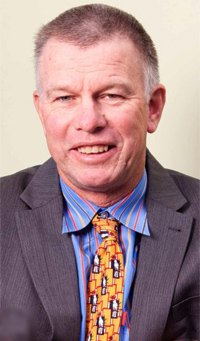 A 45-year-old woman visiting from Vietnam was turned back at Sydney International Airport on Saturday under new visa cancellation legislation after Biosecurity officers discovered undeclared food, including 4.6kg of uncooked pork, in her luggage.

The incident has prompted the Queensland Farmers’ Federation to praise border officials and the Department of Agriculture for toughening up on tourists to stop African Swine Fever (ASF) entering the country.

QFF president Stuart Armitage said the highly infectious and contagious viral disease would cause devastating economic losses for Australia’s pork industry if it got through our borders.

“The most significant risk of entry of ASF into Australia is through illegally imported contaminated pork products that are swill fed to domestic pigs or accessed by feral pigs,” Mr Armitage said.

Mr Armitage said more than 27 tonnes of pig products had arrived illegally in Australia since January, 50 per cent of which was carrying ASF.

“The biosecurity risks to our animal and plant industries are real and it is imperative that all Australians and visitors adhere to biosecurity requirements both on-farm and in general and report suspected breaches to their respective state biosecurity bodies immediately,” he said.

“With the number of biosecurity interceptions showing no sign of reducing, we must maintain vigilance and continue to remind everyone that they have a general biosecurity obligation and a role to play.”

Agriculture Minister Bridget McKenzie said the passenger was also found to be carrying garlic, fruit, raw eggs and more than a kilo each of squid and quail.

She will not be able to come back to Australia for three years.

“In the midst of what is potentially the biggest animal disease event the world has seen, it beggars belief that someone would deliberately attempt to bring pork meat past our border,” Minister McKenzie said.

“Each of the items seized could pose a direct threat to our $60 billion agricultural industries. Australian authorities won’t stand for it.

“Returning Australians who do the same could face criminal prosecution or civil court action. They could be ordered to pay up to $420,000 and be sentenced up to 10 years in jail.”