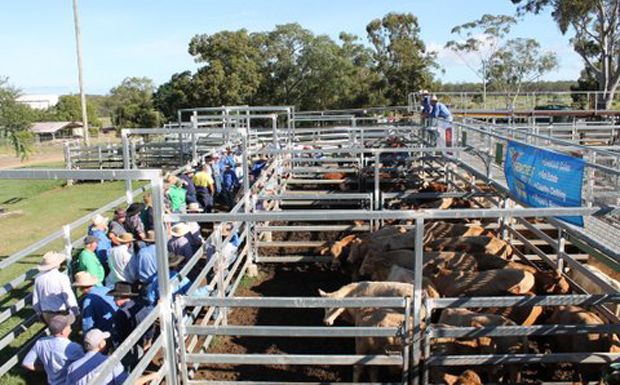 The number of cattle offered for sale at the most recent fortnightly Murgon sales was roughly half the usual roll-up, but prices stayed fully firm across most descriptions (Photo: Pratt Agencies)

Numbers were reduced to 400 in Murgon at the last fortnightly cattle sale on Tuesday, October 1.

All descriptions remained fully firm on the last sale with the exception of the weaner heifer market, which was tougher.

The next Murgon sale will be held on Tuesday, October 15 at 8:00am.